10 Camera Movements On A Budget 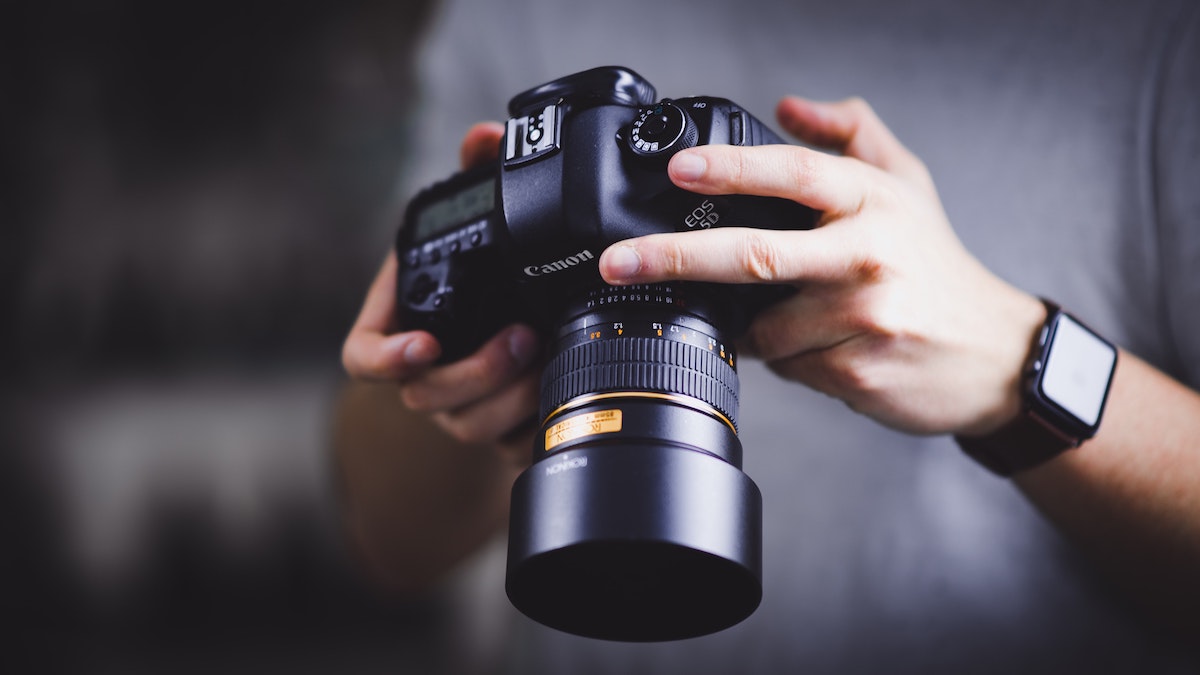 One of the easiest ways to upgrade your filmmaking is with some creative camera movements.

Here are 10 simple camera movements you can pull off without ANY extra gear.

Thanks to Cinecom for this awesome tutorial!

A pan is usually a steady movement from L to R or R to L. The key word being steady!

Anyone who has used a standard tripod knows that tripod pans can turn out pretty bumpy unless the tripod has a fluid head.

An easy solution to achieve a steady pan without a fancy tripod is to 1) grab your camera with BOTH hands and 2) press it against your torso. This will reduce shaking in your hands.

Then, bend your legs in order to achieve the correct height for your pan.

A slide refers to a movement where the camera moves forward or away from the subject. In order to achieve this without too much wiggle, use a table or flat surface to rest two knuckles or other support under the camera body.

Then, use your weight to press into the surface as you move the camera back and forth. This will mimic the function of a dolly. 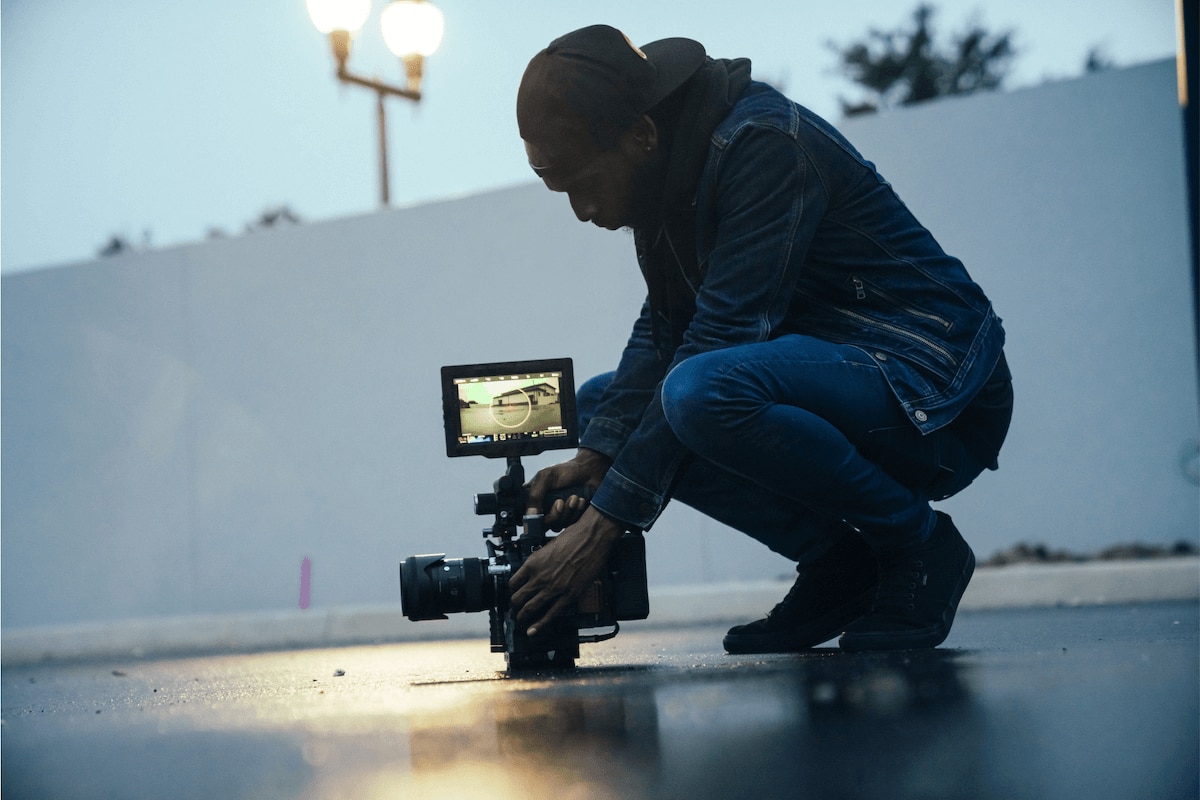 Cameras pick up the slightest shake in your hands when you're moving slowly.

So, one of the easiest ways to reduce the wiggle is to move your camera faster. But, what if you don’t want to “fly by” your subject?

Shoot your shot in slow motion - at or above 120 frames per second. Just remember to adjust your shutter speed accordingly. Then, move the camera as fast as you can.

You’ll be able to counteract the wobble with your quick movement, but your frame rate will effectively “slow down” the shot.

CAMERA MOVEMENT
#4. Make a DIY steadicam with your camera strap

The idea here is to get your camera to hang. Luckily, you probably have a usable object hanging from your camera… the strap!

If you can’t get the range of movement you want with the strap, you can also try holding a monopod upside down or any other long pole that will allow your camera to “float.” 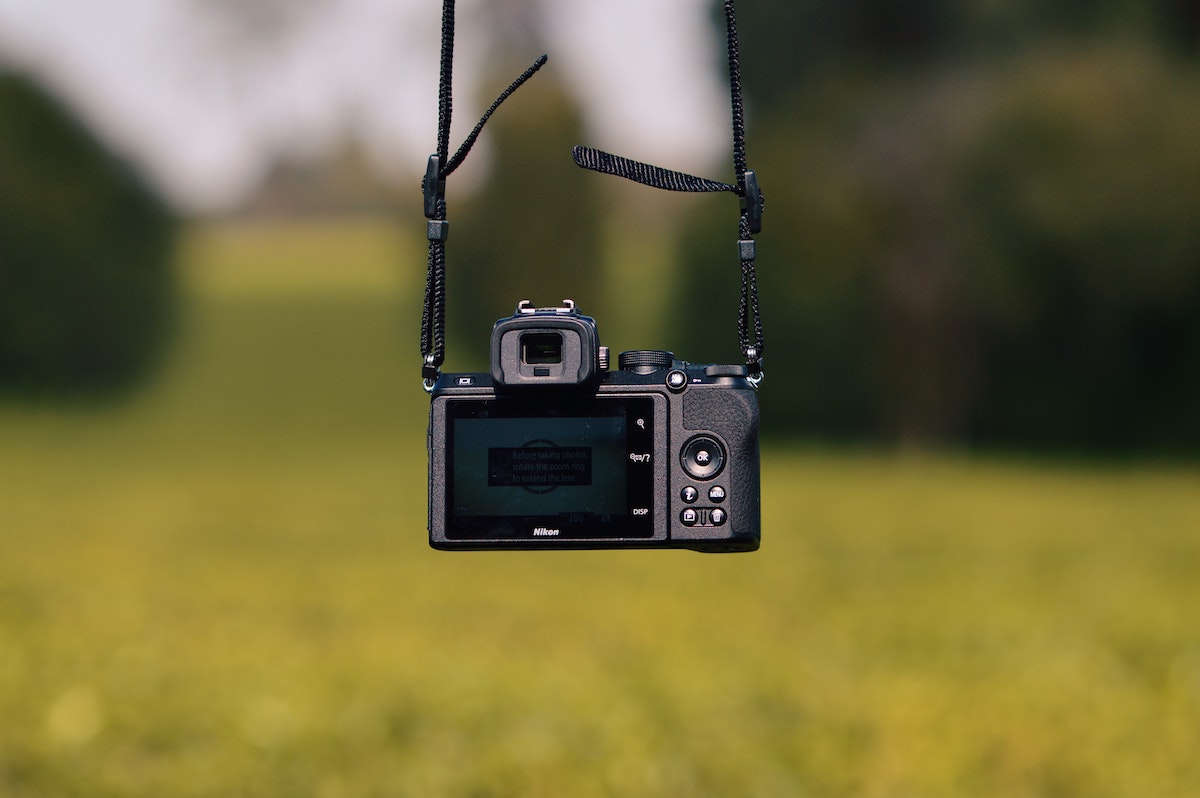 CAMERA MOVEMENT
#5. Make use of the objects that move around you

Is there a swivel chair at your location! Use that for a pan!

(Safely) attach your camera to a door! Or a window!

Set up your camera on a skateboard and send it to the other side of the room...

Part of being a cinematographer is making use of the environment you’ve been given to create the visual effect you want.

So, if you can rig your camera up to an object that moves, experiment with the unique type of movement it gives you.

Have a ball or other spherical object around you? Big or small will work for this one.

Get a rolling shot by pressing your camera against the ball while rolling it against a flat surface.

This could be good for a shot in which a person suddenly looks up…or maybe as they are just walking into a room.

Play around with this and you'll be surprised at the versatility of this fluid movement.

Now, be extra careful with this one. The drop works exactly like it sounds. However, you don’t necessarily need to drop your camera on the ground.

One way to safely achieve this type of shot is to bend your legs quick while gripping the camera against your torso.

Alternatively, you can literally drop your camera to give the effect of surprise. Just be sure to set up someone below you to catch that camera.

And add some extra padding just in case… 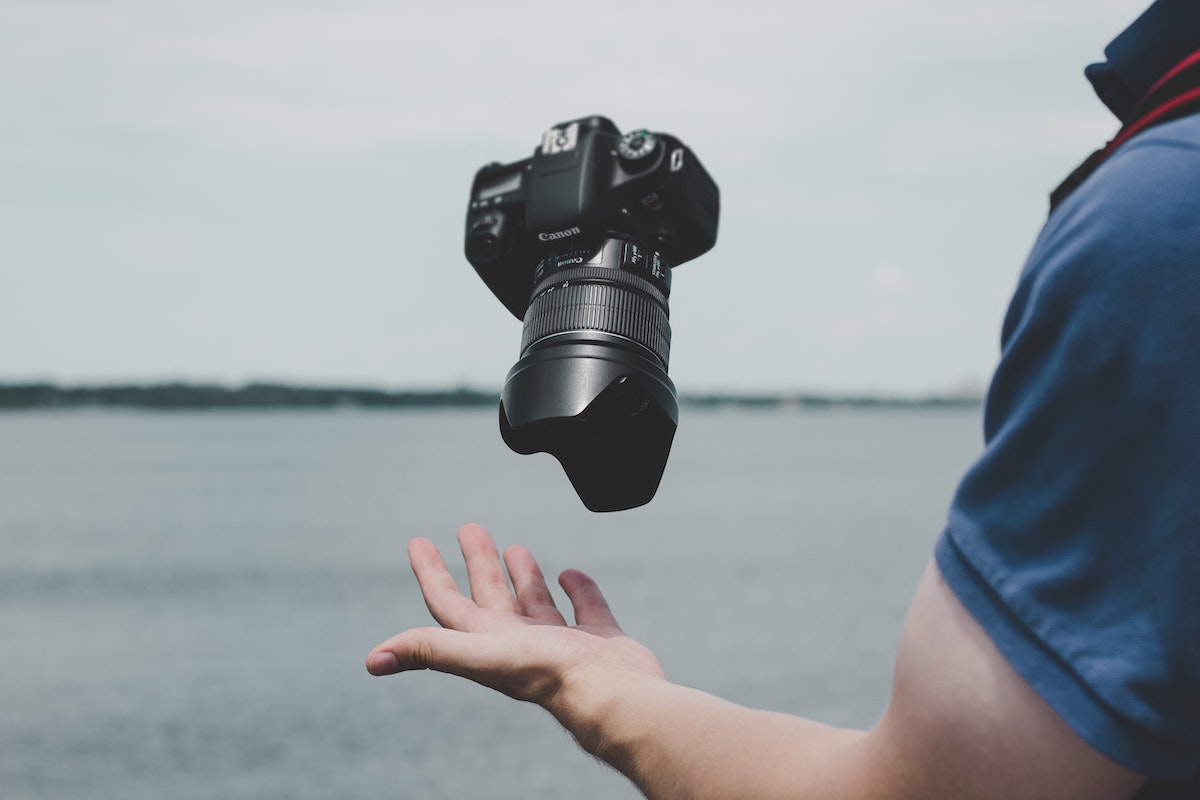 Most of the shake on video comes from walking. As much as we’d like to be able to get a following shot on foot, the truth is, we can't actually glide like we think we can.

How can you get around this?

Get on a mode of transportation!

No, this doesn’t need to be a car. But it could be!

It could also be a skateboard, a scooter, or rollerblades. The idea is to move - but not walk - with your camera.

There are a bunch of hacks for rigging your camera so that you can create more interesting movements.

Here's one to start with:

Attach your camera to the end of a sturdy pole. Rest it on top of a chair or other elevated surface, and add a counterweight such as sandbags, a strapped-on pillow, or an ankle weight to the end of the pole. This will allow you to see-saw the camera, achieving smooth up and down movements. 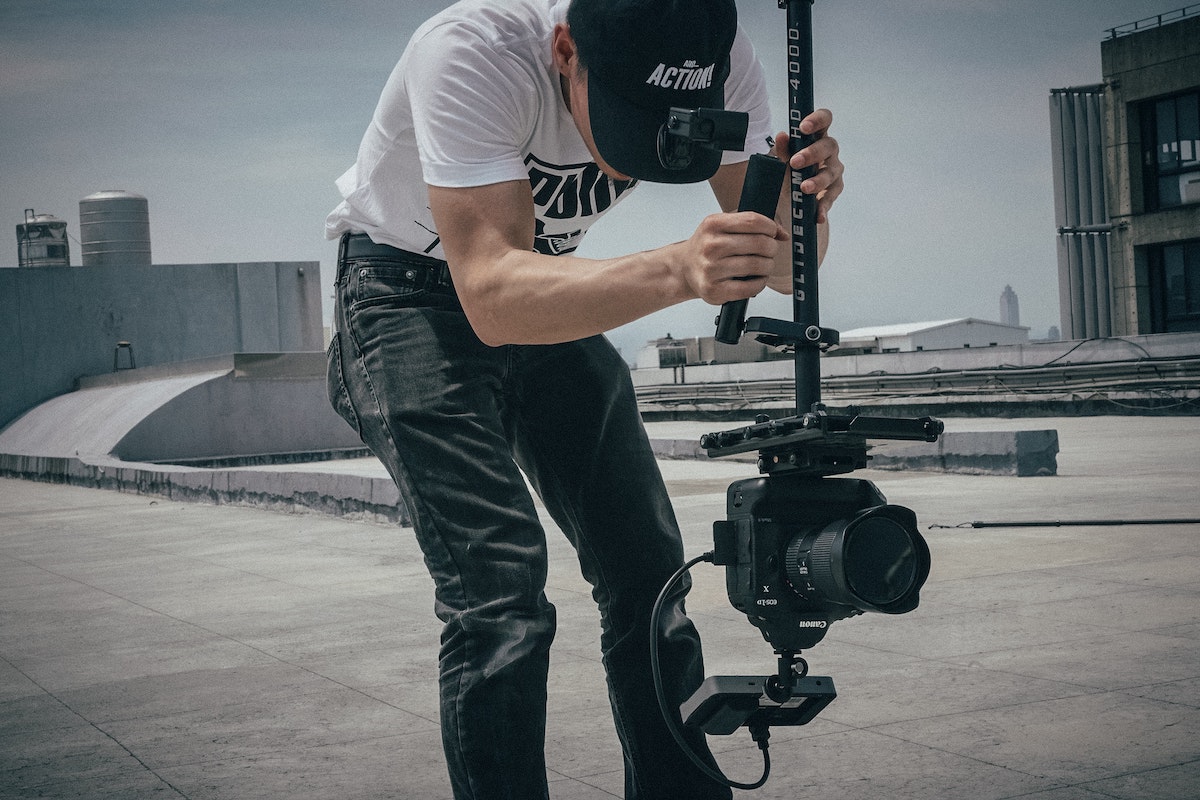 Achieve an interesting “lift” movement by crouching down and placing a skateboard up on the wall at the height of your shoulder. Then, lean into the board as you slowly stand up.

The skateboard will act like a vertical dolly and your crew will hail you as a genius!

Have you found any other cool camera movements that don't require extra gear?

Let us know in the comments, and check out the following budget items that are great for making DIY camera rigs:

MONOPOD WITH TRIPOD BASE