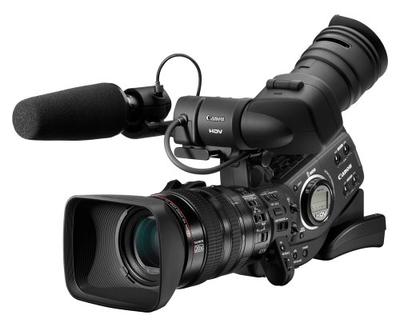 Background: I am taking a round-the-world trip and will be filming a TV series (think parts unknown without the million dollar budget and crew). I will be traveling on a bicycle mostly. For the most part it will be me and me alone for the camera crew.

I have nudged a few tv networks about carrying the program but they have been on the fence!

I will be using two cameras (one gopro-like camera for scenes that could not be filmed with other cameras) and a semi professional camera rig for location shooting/interviews.

Training: I am an accomplished photographer, a very amateur videographer, a camera has not been selected yet.

Research: I have been taking extensive research and classes learning how to run a camera, run sound, setup a location, select and light an interview, on location shooting, post production, production, you name it. I am absorbing information at a rapid rate in the hopes of success!

Budget: does a stick of bubble gum and earwax count? But seriously this project will be funded by my own pocket, therefore the goal is to strike a happy medium between breaking my bank and making good television. My goal is to buy a slightly older but still HD rig and shoot on DV tape, while this will inherently add costs in some areas it will cut them in others.

The episodes will be shot, edited then produced and uploaded

I am going to try to avoid ADR or Foley or post sync, I think if i shoot this straight up while not perfect at least it will be real, my edits will only be to shave off pre and post roll on a cut, the rest will be kept in!

Goal: to interest enough of an audience to be picked up by a major network, if not at least enjoy the whole experience for what it is!

Hi Jay, Sounds like you're off on a great adventure! Thanks for sharing. When do you set out on your journey? Also, curious why you chose to shoot on tape vs digital (flash/hard drive)?

The reason that I chose tape is because of affordability first off, I can get a much more advanced camera using DV then the newer models now, anything comparable to what I am looking at would easily be 10,000 or more with newer technology.

Also I wanted to see if I could overcome the challenges and prove tape is not "dead".

I am leaning heavily towards the Canon XL-H1, for its time this was an amazing piece of gear!

Hi
I have used my Canon XH A1 in Ladakh, DR Congo, Uganda, South Africa, Jordan / Syria to shoot doco and it rocks as it is extremely reliable and robust in sand, rain, humidity and clumsy filmmakers hands.
What you may lose in the HDV format you gain with a superbly sharp Canon lens and 20 x zoom.

For an extra bit of money buy a second hand Atomos Samurai, Blackmagic Analogue (component) to SDI converter and shoot straight off the chip uncompressed into the Samurai whilst simultaneously backing up on tape. This works well for static shots such as interviews and gives you a large screen for viewing.

Hi Jay
exciting project; did it every get off the ground?

Hey everyone and steve,

the project was green lighted by a network that was interested, but in a strange switch with funding finally in place, there was no longer a crew or cast for the project.

I will get the list together soon for people to look over. thanks again

I was attracted to read this list as I'm planning my own trip - not Round the World but a two week trip that I wanted to film in summer 2018, visiting various different sites. It'll be me and my wife in front of and behind the camera but some filming in car where I need to fix two cameras to record our conversations as we drive. I've read that iPhones are good enough. Is that right? Can a separate microphone be added to record onto an iPhone video recording?
I can't justify and long list of gear to be bought for this project.