We are facing an unprecedented opportunity in the documentary and unscripted world.

A recent story in the New York Times reported about the complex system of COVID-testing and armband ID’s used by the director Baltasar Kormakur to get his Sci-Fi series back into production.

And that's in Reykjavik, Iceland, the most isolated and controllable country in Europe!

Imagine how tough it’s going to be to resume work in Los Angeles, New York, Vancouver, Toronto and other big-city production centers where COVID has suspended the hundreds of Scripted series that were in the planning or production stages?

And it’s not just Scripted that is impacted: most popular Reality series – from ‘Occu-soaps’ to shiny-floor elimination shows like “Dancing With the Stars” -- are locked into a COVID ‘pause’.

Many commissioned Netflix Originals are paused because the productions aren’t ‘COVID-safe’.

The suspension of so many of these programs means that we’re heading towards a ‘content desert!’

For Netflix, the program drought will be even more severe because it is also losing its high-rated reruns of broadcast classics like Friends because they are returning to the studios' owned streamers, like WarnerMedia’s HBO Max.

Meanwhile, viewing has expanded as stay-at-home workers and the suddenly unemployed eat up more video entertainment than ever.

These gains are all the more impressive when they are set against losses in distribution due to cord-cutting: PayTV platforms lost 2.1 million video subscribers in 1Q 2020.

Netflix is charging ahead with the documentary buying process despite their closed offices and work-at-home mandate. Their focus is on projects that are ready for acquisition or can be completed in 2021. 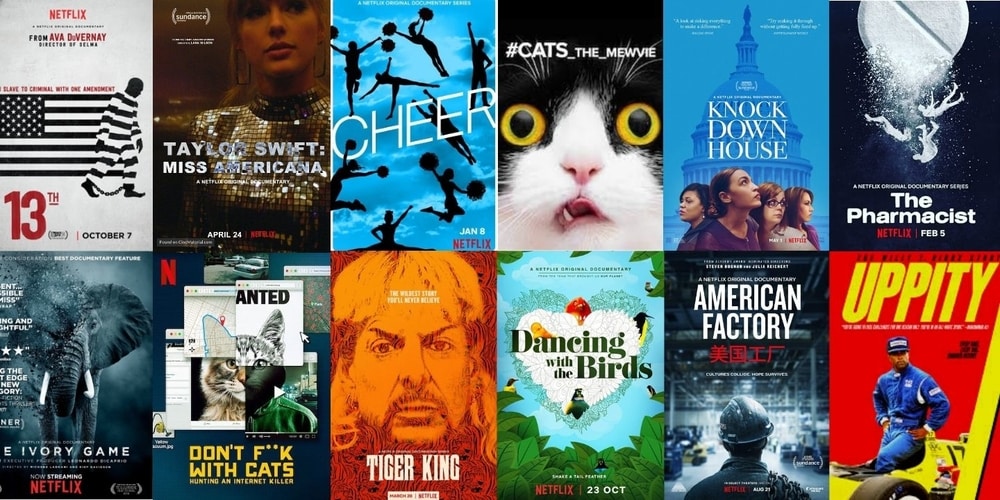 What Does NETFLIX Pay For Documentaries? Get the Guide

How can programmers refill their suddenly shrunken pipelines with fresh and appealing programs?

The Documentary & Unscripted category is an important solution because many productions can be developed and delivered without running into COVID distancing restrictions, and archival footage is an important and widely used solution.

Archive-based programs can be developed and produced with small, remote teams led by a researcher/writer and editor.

The process is efficient, enabling shorter terms from green light to delivery compared with Scripted.

Costs can often be controlled via output deals with major archive owners.

At the most basic level, producers are filling gaps in the schedule with narrated clip shows, ranging from battle highlights to animal behavior.

What Netflix/Television Buyers Are Looking For

In the History genre, buyers are looking to commission Original programs that are footage-based and tied to anniversaries of era-changing events. These are the moments that generate extensive social and press coverage which the platforms can in turn harness to promote viewer awareness and sampling.

A notable recent model is Tom Jennings’ "Apollo: Missions to the Moon" for National Geographic Channel. Jennings uses a cinematic style in which a multi-layered archive is cut to tell the story without narrator or presenter.

In a call-around to producers last week, I learned of archive-based projects that are in contract and that focus on great leaders, celebrity bios, historic sports rivalries and championships, wars and political conflicts, and more.

Other History projects earning a positive response from commissions are inspired by "Nutopia’s Last Czars" for Netflix. The format blends archival footage with CGI and small-ensemble dramatic reenactments that can pass COVID production safety rules.

The audience for Current Affairs programs has also expanded in response to a cascade of recent unsettling political events that are now being amplified by coronavirus. The George Floyd killing is a powerful example because it motivates documentarians to tell their stories, and in a category – Current Affairs – that relies heavily on access to footage.

The popular Wildlife pipeline needs to be replenished now that David Attenborough and the big BBC Natural History Unit-style productions are grounded.

Buyers are turning to “Backyard Nature” where cinematographers combine their owned footage with current sequences that they can capture locally. This marks a shift from the magnificent sequences of Our Planet to endearing character-based stories of animals and people.

Wildlife producers are also turning to archival footage sources such as footage.net.

For example, the format of Natural History New Zealand’s Extreme Animals is a countdown of the ten most extreme critters for any given behavior or location. The sequences are drawn from the NHNZ’s deep archive.

While archival footage is unlikely to deliver a replacement for a suspended next series of a scripted hit like The Handmaid’s Tale, the good news is that in the coming “Content Desert,” archival footage sources will play an important role in filling the shrunken pipeline.

These type of creative programs across many genres and cost levels will help bridge the gap between the pre-COVID production boom and post-COVID recovery.

Ready to pitch your documentary to Netflix? Here's How

Peter Hamilton is a former CBS executive who has directed his New York-based international consulting firm for 30+ years. 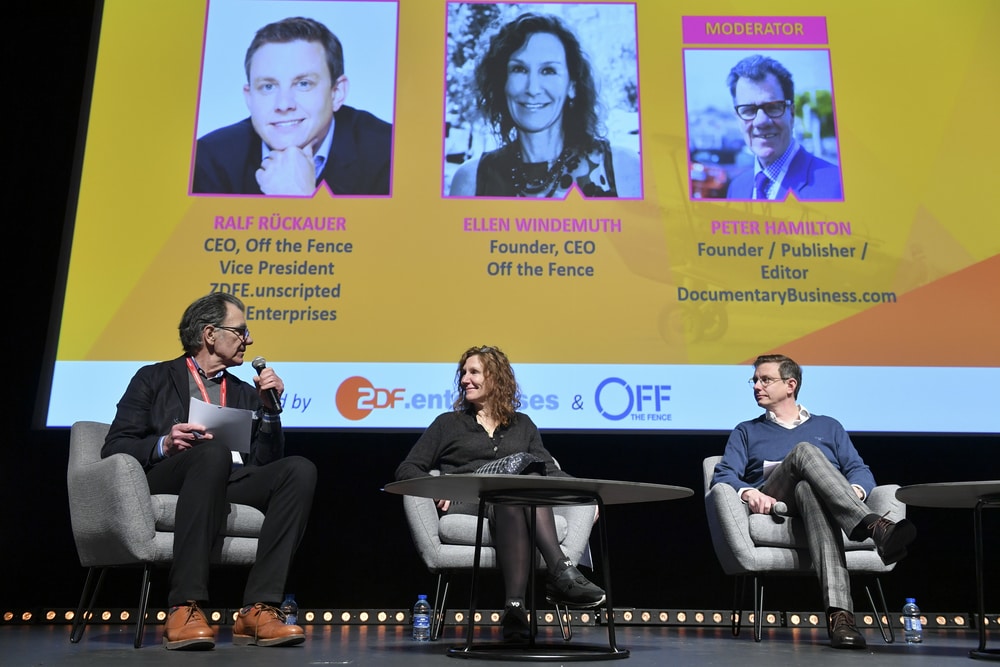 The author, Peter Hamilton (left), on stage at MIPDoc 2019

Ready To Pitch Your Documentary To Netflix? 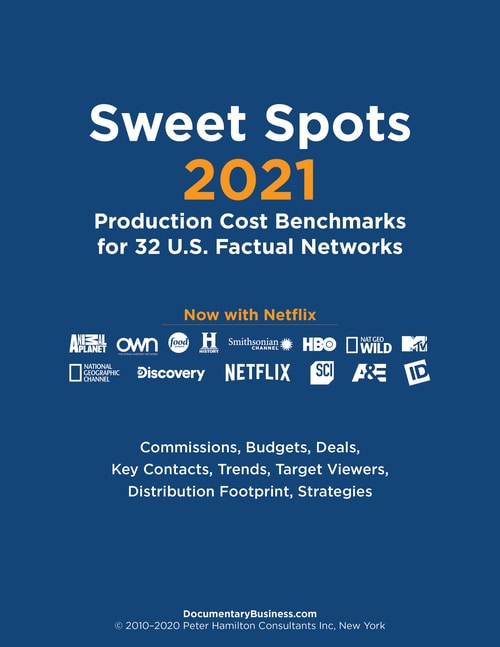 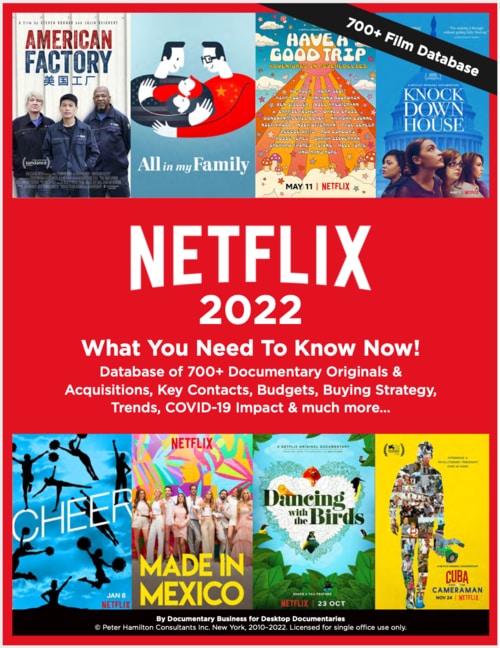 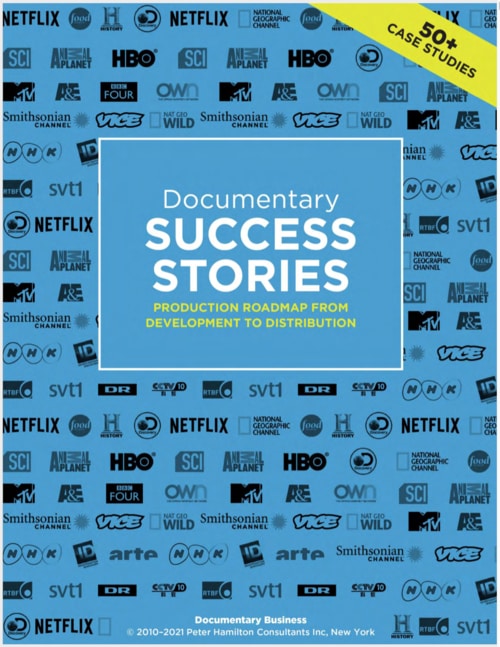 NETFLIX 2021: What Your Need To Know Now! [COMING SOON] Do you have a great documentary idea or an amazing series you know Netflix would love? This insider's guide gives you everything you need to know to win a Netflix deal.

SWEET SPOTS 2021: What Television Networks Pay For Documentaries, Originals and Reality Series (includes NETFLIX) - What is your documentary worth? Get Financial Benchmarks For 32 U.S. Factual Networks. (This guide includes Netflix, HBO, National Geographic and others).

DOCUMENTARY PRODUCTION ROADMAP: 46 Case Studies - Get a roadmap of success for your own documentary by learning how other top filmmakers navigated the complex world of production, film financing and distribution. Get inside strategies & data from 46 award-winning documentaries and unscripted projects.

Return to How To Get Your Documentary On Netflix