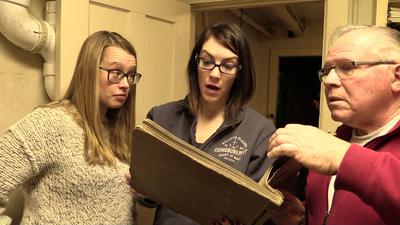 They found it in the library basement and I helped them turn it into a documentary.

How To Choose A Documentary Idea (Or How Mine Chose Me)

In the mid-1970’s, George Lucas discovered Harrison Ford as a carpenter installing a door in the film studio.

In 1936, a 15 year-old Lana Turner was discovered at the Top Hat Malt Shop in Hollywood, California.

OK, but do things like that really happen today?

Could prospective clients, people with ideas for documentaries look for you as their producer? Could they do it, “the old-fashioned” way…face to face?

I’m not Harrison Ford or Lana Turner. I’m not a carpenter and I don’t think I’ve ever been to a malt shop.

All I did was ask for a key.

In upstate New York, I was filming a series of video vignettes, short interviews for the Kinderhook Memorial Library Capital Campaign and needed a key to enter the building next to the library to film an interview. The man with the key was also the man with the idea, the passion and ability to organize a team to bring to life a story about an early 19th century sketchbook discovered in the library basement.

How did he find me?

-He had seen me filming numerous times around the village.

-Every time that I film on location, I wear a BarbaraReina.com shirt. It’s poor-man’s advertising, but it works!

-He watched a recent video on YouTube that I produced featuring an exhibition at The School | Jack Shainman Gallery located in the village and felt that I could do justice to his ideas.

-He remembered me as a reporter for the local newspaper.

- The timing was right. I had just completed How To Make A Documentary: 7-Day Crash Course through Desktop Documentaries and felt confident that I could take my first step.

I’m not saying that I don’t use the internet for advertising, because I certainly do. I am saying that sometimes people with meaningful projects want to know you as a producer and as a person. They want to watch you work. They want to see that you care about making their ideas come to life.

In this case, their ideas did come to life. They found it in the library basement and I helped them turn it into a documentary: The Long-Lost Limericks of Harold Van Santvoord (narrated by Stephen Lang).

You can watch the short documentary below: 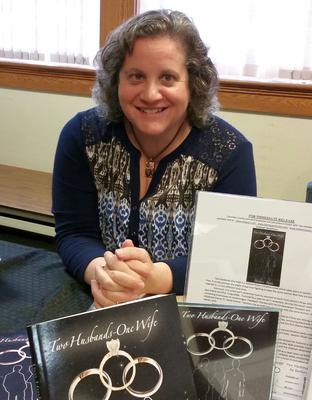 Barbara is also the author of the science-fiction romance novel: Two Husbands-One Wife.

Please leave a comment below to let Barb know your thoughts about her article "How My First Documentary Came Looking For me".