Making Documentaries:
How To Work With A Composer 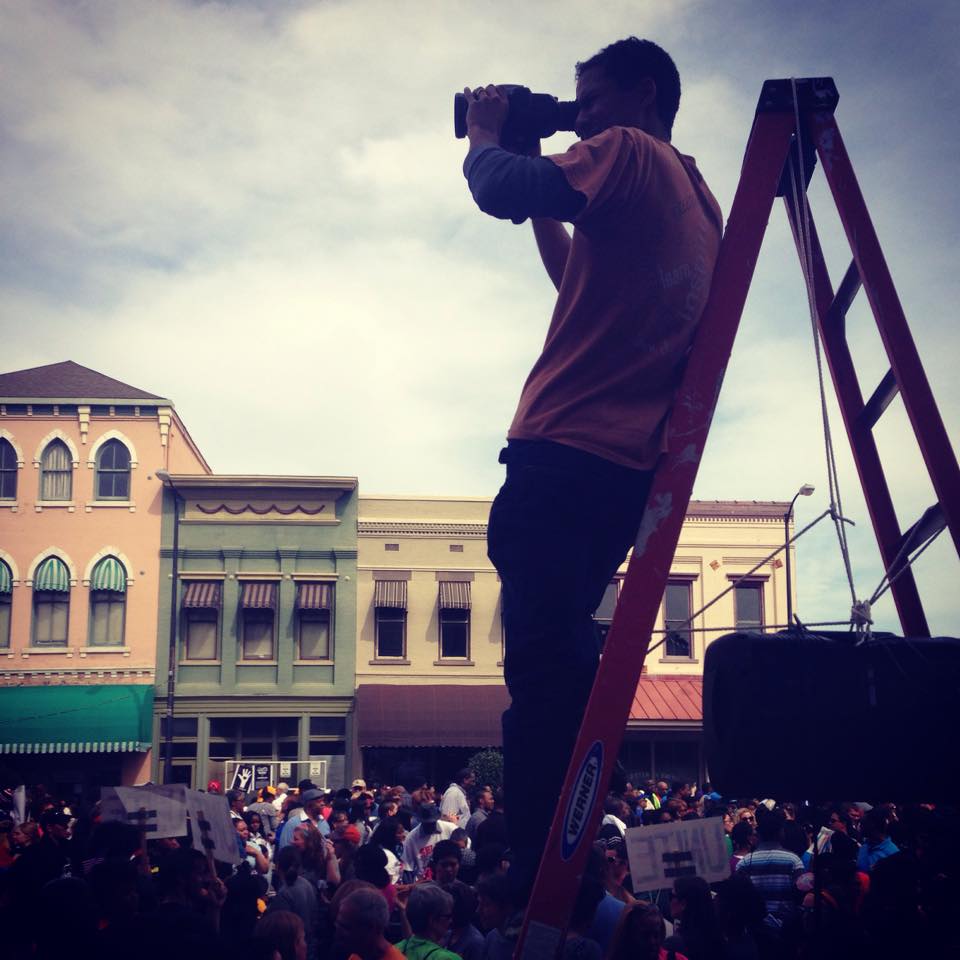 Joseph filming at the 50th Anniversary of Bloody Sunday in Selma, AL 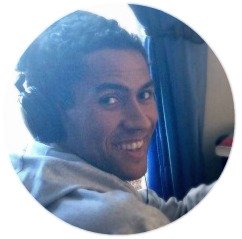 Guest Post by: Joseph East, Documentary Director "I Will Dance"

I’ve always been fascinated by the invisible craft behind using music to enrich storytelling.

When I made my first documentary, I Will Dance, I uncovered some of the mystery for myself through my first time working with a composer. The collaboration became one of the most exciting parts of the process.

With the potential to move, unnerve and excite your audience—music is one of the filmmaker’s most powerful tools.

Below are 5 tips I picked up from my experience working with my composer, Christian Davis.

Related Article: Choosing Music For Your Documentary (Advice From A Composer)


How To Work With A Composer (My Top 5 Tips)

1. Treat Your Composer As A Collaborator vs. A Hired Gun

I didn’t hire Christian just to write music. I saw him as an equal member of the creative team. This kind of collaboration requires a true investment, which is only possible if you view your composer (and your composer views themselves) as a respected partner rather than a second-tier service provider.

During the scoring process, I felt a freedom to bounce ideas off Christian– and not just music ideas, but also ideas about what was or wasn’t working with the storytelling. I was open to his ideas because I respected him as a storyteller, too.

If you respect your composer, treat them as a collaborator and seek creative input, you’ll build a positive working relationship and a score you’re both proud of.

As I was editing I Will Dance, I listened to the American Beauty score by Thomas Newman on repeat. To me, it perfectly captured the mood and emotion I wanted to convey. It became my temp score. And then I fell into a common trap: I developed a steadfast loyalty to the temp and had a hard time accepting the inevitable fact it would need to be replaced.

Christian warned me about this. He knows how easy it is to get attached to temp music.

The longer you listen to certain tracks with your picture, the more “right” they sound. Don’t fall in love. Temp music is meant to be just that: temporary. Your composer will write something different, and do so much more than provide a cheap knockoff of your temp music. With the right collaborator, it will be infinitely better.

Christian said, “You wouldn’t ask Tom Hanks to do George Clooney, would you?” Point taken– where’s the fun in that? Just as your directing/editing style leaves a mark all your own, your composer will put their own life and story into the music, bringing the unique touch that drew you to their work in the first place.

As a director, even if you have specific ideas about how you want your music to sound, allow yourself to have an open mind. Even if you have to sit on your hands or bite your tongue, give your composer breathing room to do their job. Do this, and you’ll arrive at a score that will surprise and delight you with how organic and fitting it feels. The final piece will be above and beyond any temp score written for something else.


3. On The Flip Side, Temp Music Can Be Your Friend

As long as you understand the role temp music plays and are prepared to cut ties when it’s time, it can be an effective tool to help you articulate your ideas for the score.

What are your characters feeling in the scene? Is your main character’s heart thumping as she gets ready to perform in front of a large crowd? Is he wrestling over a big decision? One of music’s most important storytelling purposes is conveying emotion, and music can help your audience tap into your characters’ internal world.

That’s where temp music saved the day. Music does what words can’t: it cuts straight to the heart. Music can immediately give your composer clues to the shape, feel, pace and color of the music you’re going for.

Sometimes, temp music also proves valuable for the opposite purpose. It can tell you what isn’t right for the scene, which allows you to hone in on solutions.


4. Involve Your Composer As Early As Possible

The story goes that when Christopher Nolan had the idea for Interstellar, he went to composer Hans Zimmer with a one page sheet that included bits of dialogue and a simple outline for the story. Nolan asked Zimmer to write what came to him based on these sketches. The themes Zimmer produced from the outline (before the script was even finished) became the foundation for the final score. Nolan listened to Zimmer’s music for inspiration during the scriptwriting phase and production.

Most independent films don’t have the financial resources to bring on a composer from the start, but the main idea is that Nolan understood the importance of music and the influential role a composer can play in shaping the film. Unlike so many movie scores, the Interstellar score was not an afterthought. It was part of the film’s DNA, making Zimmer a collaborator in the truest sense—with the narrative informing the music and vice versa.

If time and budget permit you to bring your composer on early, do it. The more time the composer has to dig in to the story, the more invested he or she will be and the better score you will have in the end.

You’ve shown your composer the rough cut, done your spotting session (marking each moment in the film where music goes), pinpointed key ideas about theme and emotion, and your composer has gone away to write the score. You’re chomping at the bit to hear your score for the first time. Finally, you listen to the first rough track... and you’re underwhelmed. It just doesn’t sound right. It’s not what you imagined.

Don’t get discouraged. This is normal.

For Christian, the first half of the process of composing the score for I Will Dance was an exploratory period. This period required some back and forth of ideas.

Certain tracks Christian sent me didn’t fit. Sometimes we’d talk and he’d start from scratch. Other times, it just required a tweak. And sometimes, he nailed it on his first attempt. The best example from our soundtrack is called “I Will Fight,” which captures the climactic moment in the film beautifully and remains one of my all-time favorite pieces of music.

The exploratory period is critical for the composer, because it’s where the foundation is laid. The main themes are being carved out and the overall palette established. If you were building a house, these would form the foundation on which to add the frame, drywall, carpet, furnishing and wall hangings.

These secondary additions illustrate the second half of the scoring process, which goes much quicker and involves fleshing out and elaborating on the themes–combining and reusing them where appropriate throughout the film. It’s where things are finessed and all the final touches are added.

When Christian delivered the final score for I Will Dance and I heard it with the film for the first time, I was astonished. It tied the narrative together and brought the film to life in a new way. I couldn’t be more proud of the final result.

Related Article: Choosing Music For Your Documentary (Advice From A Composer)

You’ve hired your composer because they are great at what they do. Have faith. The score is going to come together and soon, you won’t be able to imagine your film without it.

The I Will Dance soundtrack is on iTunes, Amazon and Spotify.

To listen to more of Christian’s work, visit his website: christiandavismusic.com

Visit iwilldancemovie.com to learn more about the film. 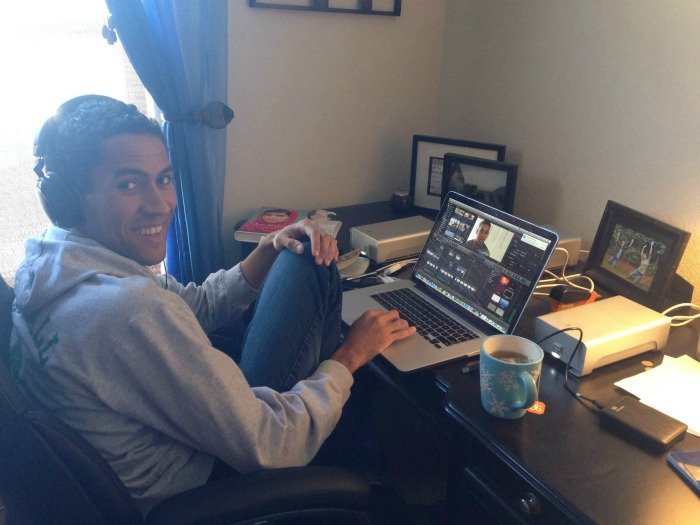 Joseph East is a freelance videographer and editor based in Denver, Colorado. His first full-length documentary, I Will Dance, was broadcast on PBS in Colorado.

To bring I WILL DANCE to your community, visit Tugg or email Alicia East: alicia(at)iwilldancemovie.com

Joseph can be reached at joseph.east05(at)gmail.com