The Brainwashing Of My Dad Documentary
Lessons In Filmmaking

"The Brainwashing Of My Dad" Documentary

For the past year I’ve been working on a documentary that I’ve been wanting to do for the last dozen years. I’m thrilled it is a finalist for the Roy Dean Grant and amazed that I raised $25,000 more than my goal on Kickstarter.

There’s been a lot of interest shown in my film and it’s not even finished. I’ve done interviews about it for Alternet and Salon and several radio interviews.

It’s basically a story about my dad and how he changed due to his exposure to right-wing media and the story behind the rise of this media which had it’s beginnings 30 – 40 years ago.

As it turns out, the story is both a personal one and a common one.  When I was young, my parents were both non-political Democrats. Later when they moved to a state where my dad had a long commute to work, he turned to Talk Radio to pass the time on his drive. He started with Bob Grant, the bombastic "conservative" radio host, then to Rush Limbaugh who became his "hero". When he finally discovered FOX News, it was as if we lost him to a cult. He became angry and intolerant of others’ views and made it his mission to convert the rest of the family.

I wanted to trace how this happened.  I go back to the early 70s and look at the forces behind the media that changed him and others: a plan by Roger Ailes under Nixon for a media by the GOP, The Powell Memo, urging business leaders to influence institutions of public opinion, the media and the courts in their favor, and the dismantling of the Fairness Doctrine which gave free reign to one-sided Talk Radio. 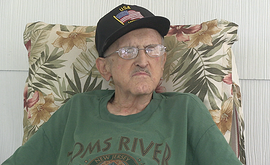 Knowing this could be a dry subject to tackle, I felt the emotional story of my dad would give it a personal and therefore, more interesting and more powerful punch to it.  People relate to emotions.  They would be able to “feel” how these changes in the media directly affected people.

This is a huge subject and I was uneasy about tackling it.  In the early 2000s I was encouraged when my very first documentary, ROAD MAP WARRIOR WOMEN, won a couple awards. After making my second documentary, THE VANISHING CITY, which I co-directed with Fiore DeRosa, about the “luxurification” of New York City, which has won many awards and has been screened close to one hundred times, I felt I finally had the confidence to delve into making “THE BRAINWASHING OF MY DAD”.

"The Brainwashing Of My Dad" Documentary Trailer

About half of the documentary is already shot.  Here's a taste of what we're working on.


What I've Learned So Far While Making "The Brainwashing Of My Dad" Documentary:

Got a question for Jen? 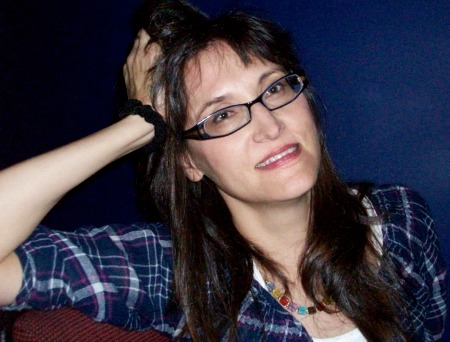 Jen Senko is an award-winning documentary filmmaker based in New York City. Her first documentary, “Road Map Warrior Women”, won recognition with several festival awards. Her most recent film, “The Vanishing City”, exposes the policies and economic philosophy that has made New York a city for the rich. Co-directed with Fiore DeRosa, and narrated by Kathryn Erbe (of Law and Order), “The Vanishing City” has garnered festival awards such as Best Feature Documentary in the Williamsburg International Film Festival. In addition, Senko has also produced and cast numerous independent narrative shorts.

She is currently fundraising for her latest film, THE BRAINWASHING OF MY DAD.  You can help support her current film with a tax-deductible donation by visiting www.thebrainwashingofmydad.com.