Toronto Smartphone Film Festival Call for Submissions. Make a documentary with your smartphone!

You’ve dreamed of making a film and seeing it on screen, but after a quick research on filmmaking you are defeated by the fact that you don’t have the right equipment. Well, don’t give up on it yet. As long as you have a great story to tell, cameras on your smartphones and tablet PCs can be really all you need to get it started because:

2. They fit into your pocket and gives you a great mobility. If you need to film an event that you have no idea how it will unfold, having a camera with you all the time is really important. 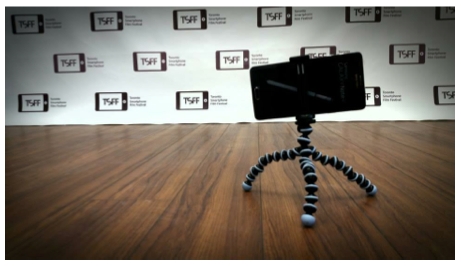 Wondering where your work can be showcased once produced? No worries. That’s where we come in.

Toronto Smartphone Film Festival is all about encouraging emerging filmmakers to just start and continue unleashing their creativity and raw talent in making films using the most innovative yet often underrated medium we all have nowadays – SMARTPHONE!

As the only smartphone film festival in Canada, TSFF provides aspiring filmmakers, from all backgrounds, with an international platform to showcase their work and talent while maintaining film submissions and festival admission free of charge.

We are currently accepting submissions for our 4th edition of Toronto Smartphone Film Festival to be held in May 2015.

We welcome short films under 10 minutes of all genres that are shot on smartphone and other smart mobile devices such as tablets.

By entering your film, you also have a chance to win great prizes including cash prize of up to $1,000 and Samsung Galaxy Tab, Galaxy Note 4 and more!

For more information on submission guidelines, smartphone filmmaking tips, and inspiration, check out our website and follow us.