Distributing Your Film To Libraries 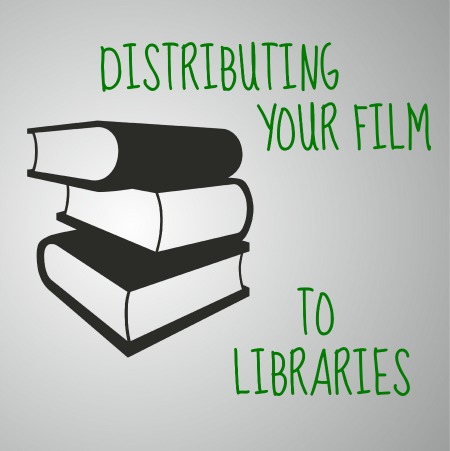 Distributing your film to libraries: As you consider your distribution strategy for your documentary, one market to consider - in addition to schools and universities - is the library market.

Many filmmakers assume that libraries are required to pay a higher price for their films in the form of a public performance license.  But that isn't always the case.  In fact, it's the exception rather than the rule.

We asked Randy Pitman, Publisher/Editor of the Video Librarian publication, if he could help sort through some of the common questions (and misconceptions) filmmakers have about marketing and selling their films to libraries.

[Question] Tell me a little about yourself and your job. How long have you been with Video Librarian?

[Randy Pitman]  I am the publisher and editor of Video Librarian, a video review magazine for libraries, which reviews movies, TV series, documentaries, how-to’s, children’s titles, music video, and anime on DVD and Blu-ray. I started Video Librarian in 1986 as a newsletter with 10 reviews; today, it is a full-color magazine with over 200 reviews in each issue.

[Question] What do filmmakers need to know about Video Librarian?

[Randy Pitman] We are the only library trade magazine devoted exclusively to video reviews and news. 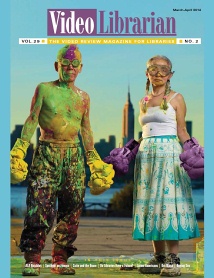 [Question] There's a lot of confusion in the filmmaking world about copyright and public performance licensing. What are the laws regarding how libraries can use films and documentaries?

[Randy Pitman] The First Sale Doctrine allows libraries to circulate to patrons any legally acquired DVD or Blu-ray title, which would include retail copies purchased from retailers or wholesalers. These “home video” copies can also be screened in the classroom as long as the showing is tied to the curriculum and occurs in a face-to-face teaching situation (but a Disney movie shown as a reward on a Friday afternoon, on the other hand, would be a clear violation of copyright law).

[Question] What's the best way for filmmakers to reach the library market?

[Randy Pitman] Library collections are driven by two major factors: reviews and patron demand. Titles that receive a lot of publicity—a Michael Moore documentary, for instance—will likely be automatically selected for acquisition by a librarian or will be requested by a patron. But for many lesser-known titles, reviews can be very important. I would recommend that filmmakers submit titles for review to Video Librarian, Booklist (which reviews video online, but not in their print magazine), Library Journal and School Library Journal. For Video Librarian, filmmakers can see our submission guidelines at www.videolibrarian.com. Our marketing director would also want me to add that display advertising is also effective (a self-serving observation, no doubt, but self-serving can also be true).

[Question] How big is the library market? (including public, university, etc.)?

[Randy Pitman] The American Library Association lists a total figure for libraries of 119,987. Nearly 100,000 of these are K-12 school libraries, a little over 3,500 are colleges and universities, and nearly 9,000 are public libraries. Technically, these numbers represent the library market. In reality, however, the number of actual buyers is much smaller, due to several factors, ranging from an outdated bias toward print (surprisingly, some libraries still do not buy video) to a poor collection development decision to only purchase popular movies. A Disney film will likely sell thousands of units in the library market, while a festival award-winning documentary will be more likely to sell in the hundreds.

[Question] Filmmakers are often advised that if their films have a strong educational component, that it can be a better business decision to keep it off the retail market ($20/each) and instead only offer "educational/institutional" copies ($175 - $350/each). Are libraries less/more inclined to purchase an institutional copy vs a retail copy? What advice would you give to filmmakers on this point?

[Randy Pitman] Librarians spend taxpayer money, so it is not only wise but also fiscally responsible to purchase a title for the best price available, depending on what rights the library needs. The majority of public libraries, for instance, are interested in circulating DVD and Blu-ray titles to patrons rather than holding public screenings, so it would make no sense for them to purchase a version with public performance rights if a retail copy was also available. Filmmakers think that libraries should pay more because the potential audience is larger. This argument may be defensible, but it’s not the law (nor is it the general rule for other formats: libraries not only don’t pay higher prices for books than consumers do, but they buy from wholesalers and generally pay less).

For a film with a small potential audience, it may make good economic sense for a filmmaker to set the price higher, especially for, say, ethnographic films that will primarily be used in college/university settings. The important thing to remember is to maintain sole control of distribution because once a title is available at retail, all bets are off (Amazon will not grill a customer as to whether they are an individual or an institution).

[Question] Anything else documentary filmmakers need to know about the library market?

[Randy Pitman] Libraries have always played an important cultural role in educating, entertaining, and informing citizens and students. Thanks to the technological advancements of the past 30 years, documentaries are now much more widely accessible and also have a higher profile. Wonderful documentaries still struggle in the marketplace—where the signal to noise ratio is discouraging due to our constantly blinking consumer society—but I do hope that they will continue to find an appreciative home in libraries, where they can enrich many lives. And from a purely practical standpoint, libraries are great customers: they usually pay their bills on time and almost never skip town.

Randy Pitman is the editor and publisher of Video Librarian, a video review magazine for libraries, which reviews movies, TV series, documentaries, how-to’s, children’s titles, music video, and anime on DVD and Blu-ray. He started Video Librarian in 1986 as a newsletter with 10 reviews; today, it is a full-color magazine with over 200 reviews in each issue.  Video Librarian is the only library trade magazine devoted exclusively to video reviews and news.

Click here to read about Distributing Your Film To Universities, Libraries and Specialty Markets.

Do you have any experience distributing your film to libraries or educational institutions? Please share below in the comment section.