Distributing Your Film To Universities, Libraries and Specialty Markets

Learn About Public Performance Rights and
Educational Licensing for Documentaries 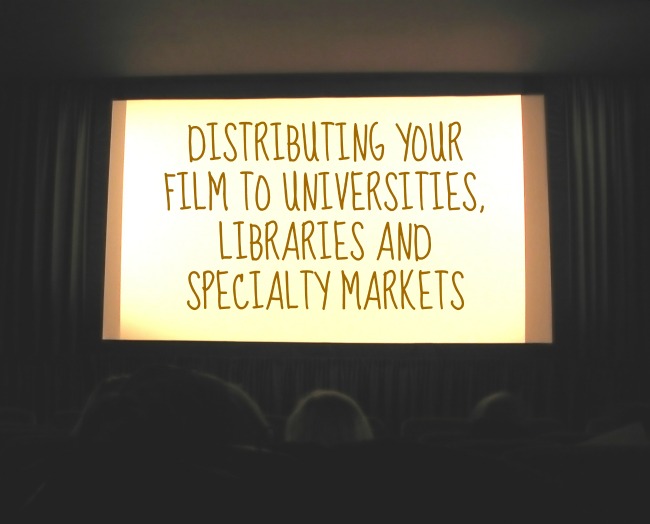 Have you ever wondered how to make money with your documentary?

There are the traditional ways to distribute your film such as selling your documentary to Netflix, streaming on Amazon, selling DVDs, broadcast on a TV network or shown in theaters.

But there is another, sometimes more lucrative and not as well known, alternative and that's the educational/institutional market such as universities, libraries and museums.

We asked fellow filmmaker and educational film marketing expert Judith Dancoff to help explain how it all works and how to break into this market.

[Question] Please share a little bit of your background and how you first got introduced to the educational market for documentaries?

[Judith Dancoff]   I made my own documentary film, "Judy Chicago & the California Girls" a long time ago as part of my work at UCLA. At the time I couldn't give it away (a lesson in documentary sales--your film's academic market can change over time), but then about 6 years ago, I realized I had a market.

I was considering New Day Films, but was horrified by their 40% cut, told to me by the New Day representative I spoke to at the time (not very much I realize now). On top of that, they wanted $3000/year, as it turns out for mailing lists, though I didn't know that at the time. A friend said, why not spend the $3000 on yourself? You can always do it next year if you don't have luck. *(For clarification on New Day's fees, see below)

After a second career in academia and as a writer, I knew how to market to that audience, so I began, and taught myself the ropes along the way. I've always had a knack for marketing, and I think a lot of creative people do--probably a good half of the filmmakers reading this.

New day has since informed us that filmmakers give them between 15-40% of their profit based on the number of films sold in the previous 12 months, and the money goes to serve the cooperative. The $3,000 is for the purchase of mailing lists per year which independent distributors can also buy for the same price. New Day no longer requires it.


[Question] What are the biggest misconceptions documentary filmmakers have about the educational market?

[Judith Dancoff]  A few: 1) that a distributor will do a more effective job, thus their cut is worth it; and 2) that if you do it yourself, it's only about purchasing mailing lists.

The biggest mistake people make is not to consider their audience. Sales is ALWAYS about the buyer, whether you're selling films or used cars. Also maybe a third misconception--that doing it yourself is too time-consuming. Not really. Getting up the right platform (appropriate website/cover letter, etc) will take about 40 hours. Then it's just a matter of 5-10 hours twice a year to do your campaigns. Actually, it's shockingly easy for the amount you can make. BTW, to check a distributor's effectiveness, go on Worldcat.org, the database of all library holdings on earth, type in a distributor's name, and see their average number of sales. A few of their films will have big numbers. The rest will make you cry.

[Question] What kind of documentaries are best suited for the educational market (and what is the potential profit)?

[Judith Dancoff]  Let's start with the negative. There are always exceptions, but generally "feature film" docs that are over 60 minutes are probably the hardest to sell, and films whose primary purpose is to entertain and/or get across a political or social message. On the other hand, anything that informs, explores, educates, ignites debate, etc., has a better chance.

Go back to the market. What do teachers do in classrooms? How does your film fit? Under 60 minutes and if possible under 45 are best for the teaching hour. If that's not possible, serialize. What is the potential profit? The market will be different for every film, but a guestimate is that you can probably make at least three to five times more than what you spend on a campaign, twice a year. So let's say New Day's $3000 year for mailing lists gets multiplied into $9000 to $15,000, even more, for several years. It's not just about the lists, though! As in filmmaking, good pre-production is everything.

[Question]  Can you explain exactly how the educational market works for documentaries and how filmmakers go about getting their films sold to universities and libraries?

[Judith Dancoff]  Gosh, that's impossible to answer briefly. See my article "Getting Your Film Ready For School" in the magazine of the International Documentary Association. At its most basic, you buy lists of email addresses, send a cover letter with a link to your website, and cross your fingers. But it's so much more.

You need the right platform and materials to appeal to your buyer, and to do that, you need to understand how your film will fit into this market. How do academics refer to and teach your film's subject matter? What classes will they use it in?

Do NOT assume a captive audience. Internet marketing is great because you can reach people quickly, but the drawback is that people will even more quickly click away. You have to know enough to reach them where they live. Also, this is a new-fangled approach because of the internet, but at its essence, just old-fashioned, direct-mail advertising. In direct-mail advertising, a 1-2% buy rate is considered very strong, even 1/2% is respectable. Don't expect miracles, but if you send to 4000 names and get 2% at $200 a copy, that's $16,000!

[Question]  Do filmmakers have to choose between either selling their film in the retail market OR the educational market or can they do a combination of both?

[Judith Dancoff]  Absolutely not, filmmakers can certainly do both, but they need a considered approach, and to recognize that their $20 price on Amazon will eat into their educational profit.  If you're making enough commercially, then it's worth it.  If not, then don't give your educational buyers a way to buy cheaply.  This is a lucrative market but a very shallow one.  Once you've sold your 500 educational copies, you probably won't sell more.  Do you want to sell them for $20 each or $200?

[Judith Dancoff] See a site like Women Make Movies for more detailed verbiage.  I like to think of it this way: my dvd would sell for about $35, were I to sell it unlicensed (I don't currently).  My ppr license brings the total to $250.  The license allows institutions to show my film to medium-sized, non-paying groups, over and over for years, while the face-to-face exemption gives them the right to use the non-licensed, $35 version within a classroom (All this according to US copyright law).  Thus I don't sell a non-licensed version; I don't give them the opportunity.  In addition, many institutions are paranoid enough of possible copyright infringement to only want licensed versions.  Very occasionally, a librarian will say they don't need a license and tell me about the face-to-face exemption, to which I respond, "Sorry, I only sell the licensed version."  You can't win them all.

[Question] Anything else filmmakers need to know about the educational film market?

[Judith Dancoff] Once you create your campaign materials (educationally positioned website, cover letter, etc), you can repeat your same campaign, year after year.  It's a great alternative to a "B" job, and a lot less work! 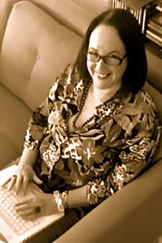 Judith Dancoff, the head of New Film Marketing, evolved her breakthrough approach to marketing and selling to the academic world from her rich background in filmmaking, education, and writing. After achieving success in distributing her own film Judy Chicago & the California Girls to literally hundreds of universities, museums, and other institutions in the U.S. and abroad, she began NewFilmMarketing to share what she has learned with others and to pass on her doable and pragmatic approach.

Along with an MFA in Filmmaking from UCLA, Judith holds an MA in Education for Columbia University, and an MFA in writing from Warren Wilson College. In addition to NewFilmMarketing and filmmaking, Judith is a well-published author for numerous literary and national magazines.

Judith is available to filmmakers to help them craft a personalized strategy to reach the education and institutional markets.
Contact her through NewFilmMarketing.com.