Tips for planning out your documentary
before shooting begins 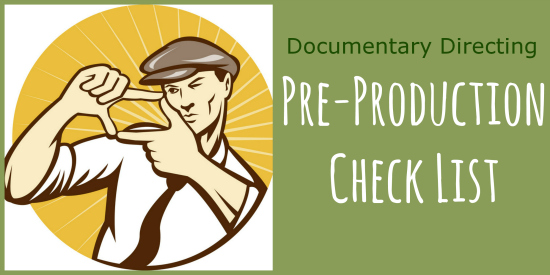 Pre-production is all about the stuff that needs to be done before the shooting or editing begins.

Then you're ready to get started.

Just like building a house, the prep work often takes much longer than the actual building of the house. It's the same with filmmaking.

And in fact, it's a mistake to rush into shooting without thinking everything through.

If you liked this article, we recommend the 7-Day Documentary Crash Course.

Need Funding For Your Documentary?