California-based filmmaker Kate Schermerhorn recently completed her second documentary film, "After Happily Ever After" (2011), a quirky look at modern marriage. This is a great example of a documentary told from a personal point of view.

We asked Kate if she would be willing to share some documentary filmmaking tips and lessons learned.

Trailer for "After Happily Ever After"

Question: First of all, congratulations on completing your film. (I always feel like filmmakers should get an award just for finishing their project.. and then bonus points if it's actually good) :-)

Question: How long did you work on your film from concept to completion?

'After Happily Ever After' took me over six years to make! It's a film about modern marriage; I started shooting it together with my second husband on our honeymoon as a quest for the secret to marital bliss. Ironically, the making of the film outlasted our own marriage and I became the sort of tragic comedy heroine who lead the film's journey.

Question: How did you initially come up with the idea for your documentary?

I am a still photographer as well as a filmmaker. A while back I started photographing long married couples; I was interested in their body language and how they had grown alike (or not) over the years. While the photos were interesting, film was an obvious extension of the original project. Once I'd gotten married for the second time myself, making a film suddenly seemed like a great way of finding some answers that were relevant both to the viewer and to me personally. In the end, the film became a much broader view of modern marriage than I had originally intended and looks at not just how to make a marriage work but also why we marry in the first place and whether we actually should. 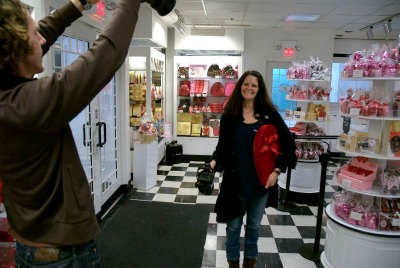 Question: "After Happily Ever After" is your second feature-length documentary. What lessons did you learn from your first documentary that you applied to this project? What did you do differently?

I didn't know anything about making a film when I shot my first hour-long doc. While I used to work in commercial production in LA and my father and brother are both producers, I had never made a film of any length myself. On my first film, 'Seeking 1906,' (KQED/PBS) an interesting subject had fallen into my lap and I couldn't turn it down so I bought a camera and sound equipment, pulled it out of the box and started shooting the film without any time to think about what I was doing. I got very lucky with that one in so many ways, not least because the film actually turned out the way I had hoped it would despite my inexperience! But really, the lessens I learned on that first film are endless - I essentially learned to make a film through the process of making one myself! Before I started shooting 'After Happily Ever After,' I did realize I should probably also invest in a lighting kit and a really light boom pole.

Question:What will you do differently on your next project?

Because of my limited funds, I shot much of my last film myself. I have approached filmmaking like a still photographer, thinking that I can do everything myself. It's not an ideal approach and can make things hard. On the next film, I want to shoot with a great DP and I want to produce it within a shorter timeframe. In order to do that, I have to be more strategic about funding. I am in development on a new doc and this time it is a subject with more funding possibilities.

Question: What was your fundraising strategy for 'After Happily Ever After'? Any advice to filmmakers struggling with this issue?

I think fundraising is the hardest part of making docs. While I did receive a Pacific Pioneer Fund grant for 'After Happily Ever After' (and was so grateful for it!), I got a lot of rejections for other grants that I applied for and in the end decided that it would be more productive to shoot the film over a long period of time whenever I could, on as low a budget as possible using my own money, and shooting most of it myself. So shooting cost me very little but that's also why the film took so long to make.. We held a couple of successful fundraisers to cover some of the post-production costs and also saved a fortune by having services donated, including our color correct, sound mix and most of our music. I could never have completed the film without those incredibly generous donations.

Question: You seem to be getting some really good publicity and distribution deals. I'm intrigued your film got picked up by Russian and Israeli Television. How did that happen?

So far the film has been broadcast on television in Israel, Russia and France. It also did really well on-line in Australia (theage.com). Those were all through our international sales agent Electric Sky. We are expecting more international broadcasts next year.

Question: Did you go the film festival route or what is your distribution strategy (if you don't mind sharing).

The film was rejected from a few festivals and I decided to skip the cost of applying to more and go straight for the distribution I was looking for. With limited resources, it seemed to make more sense to go directly for what I was looking for, rather than spending money on festivals that might or might not accept the film.

We have gotten lucky with distribution and have been particularly lucky to have had Peter Broderick consulting on our distribution plan. In addition to Electric Sky, we have Gravitas Ventures dealing with On Demand, Passion River for DVD and Films for the Humanities/Films Media Group for educational. And Film Sprout has been consulting on community screenings. The film will also be broadcast on PBS stations nationwide in 2012.

Question: What is the biggest piece of advice you've gotten from Peter Broderick?

Best piece of advice from Peter... well, it's hard to answer that because everything he says is so damned brilliant! One piece of Peter's advice that I keep in mind was his encouragement to view my film as a long term commitment that will steadily generate income over a long period of time, rather than in one quick, concentrated burst. Of course, this approach is also more time consuming for the filmmaker, but gives the film and its message a much longer life than it would otherwise have.

Question: Any final words of advice for someone working on their first documentary?

Don't listen to the nay-sayers. If you have an idea that you are passionate about, have access to your subject and some gear, have patience and above all, the ability to persevere, you should just go for it. 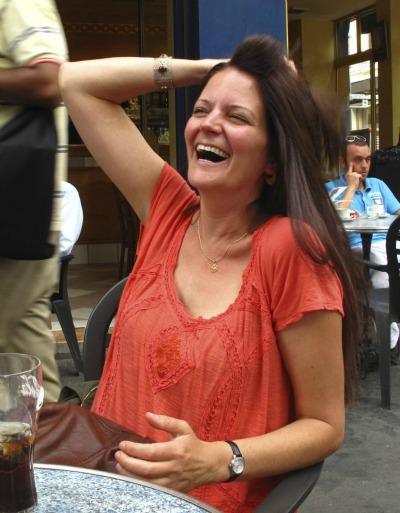 Kate Schermerhorn/Director, Producer and Director of Photography for "After Happily Ever After".

Her directorial debut, SEEKING 1906, about best-selling author Simon Winchester and the making of his book on the Great San Francisco Earthquake, (KQED/PBS) won Kate a Northern California Emmy in 2007. The film was also nominated in the best historical/cultural feature category.

Kate has also directed several short films and is an accomplished photographer and the author of "America's Idea of a Good Time", a photography book looking at Americas pursuit of happiness.

Buy The Film | "After Happily Ever After" 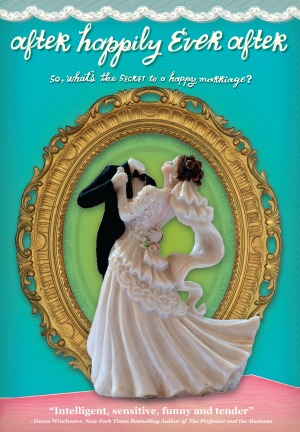 Visit the film's interactive website where you can buy a DVD and share your own ideas and insights about marriage.

You can also sign up to receive FREE "ten secrets to marital bliss".

If you prefer the non-DVD route, the film is also available on ITunes and Amazon Instant Watch.