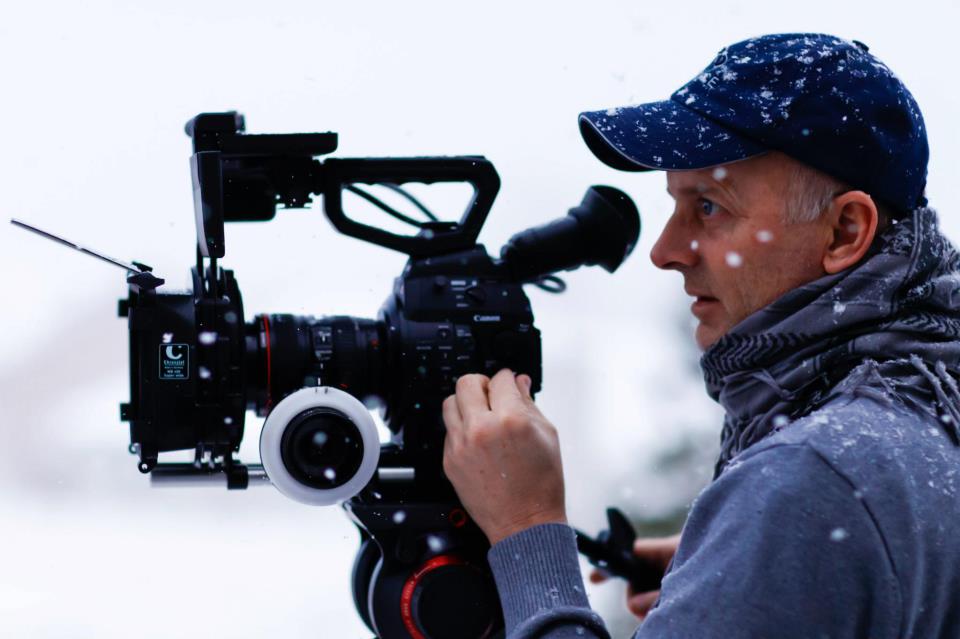 Jeffrey Farrell jumps out of airplanes, hangs off cliffs and dives into the oceans with his camera to get the most spectacular shots he can for films, documentaries and television.  His work has been seen on the Discovery Channel, National Geographic and ESPN (just to name a few). And he's been awarded two Emmys for his work as a cinematographer.

Question: How did you first get involved with filmmaking?

I was your typical straight “C” student in college and I had no idea what I wanted to do with my life. On a whim, I took a video production course and I loved it! I switched to a Film/Video major and I was hooked. I bartended at night in downtown Pittsburgh and some of George Romero’s (Dawn of the Dead) crew used to come in for drinks a lot and I got to know them pretty well.

Later that year they told me that “Mrs. Soffel” with Dianne Keaton and Mel Gibson was shooting right next to my apartment. I went to the set and volunteered to PA for free for the week. I basically held a blanket and umbrella for Ms. Keaton and followed her from her trailer to the set and back in the rain.

I was mesmerized by the camera crew, camera gear, lighting fixtures, etc. I knew right then that I wanted to work in the camera department.

The D.P on the film, Russell Boyd, (along with some other great DP’s through the years) gave me some great advice on how to get into the camera department. Over the next 8 years, I worked from PA to 2nd electric to Gaffer to 2nd AC to 1st AC to Camera Operator to DP. 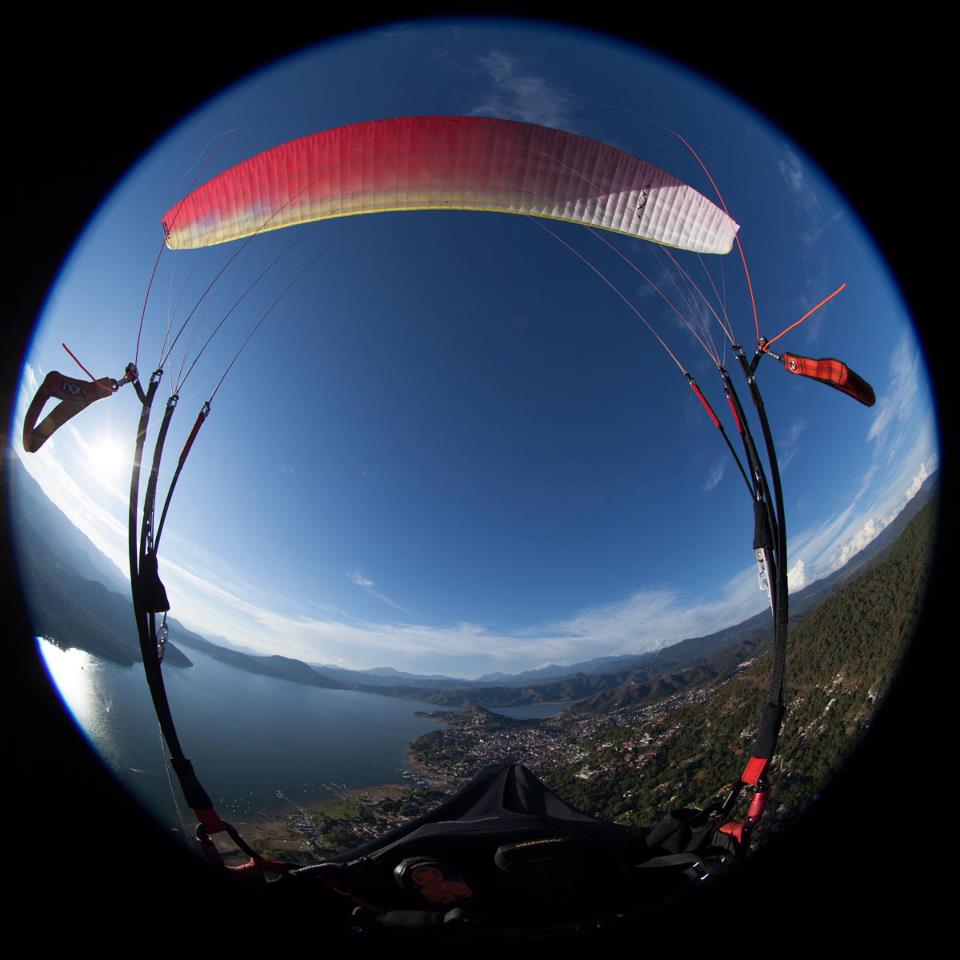 Question: A lot of your work seems to revolve around extreme shooting such as paragliding, sky diving, aerials, underwater, mountain climbing, etc.  What led you to that niche?

All of the activities mentioned, are also my hobbies. I would get a call, “we’re doing an ice climbing show, do you know how?” - “Well I sure do!”. To ask a DP that has never done those things before is crazy, but for me, I was already in my comfort zone and I had been shooting personal stuff doing all of that. Hand me a camera and I will shoot while I’m in a Helicopter, fixed wing, sail planes, paraglider, sky diving, SCUBA diving, climbing and mountaineering. That is about 50% of my work, the other 50% I really truly love lighting and creating a unique and beautiful feel to a film. I think I am most happy on a set or location and working with a great crew. Those are my favorite days. Lighting is my true passion.

Safety first, seriously. There are enough distractions working on a film that the minute you add hanging off a cliff or from a helicopter or a frozen waterfall to the equation, the chances of an incident increase exponentially. I ALWAYS have a safety rigger with me when doing ‘stunt’ or ‘extreme’ work. I have no problem tying myself into climbing gear and descending a 500’ cliff but before I do, I always have my rigger check my kit out before doing so. On more than one occasion, they have caught a minor glitch.

Second, ALWAYS have the shots planned before hand. Trying to wing it in extreme conditions is a good recipe for poor footage or not getting what the director & editor need. 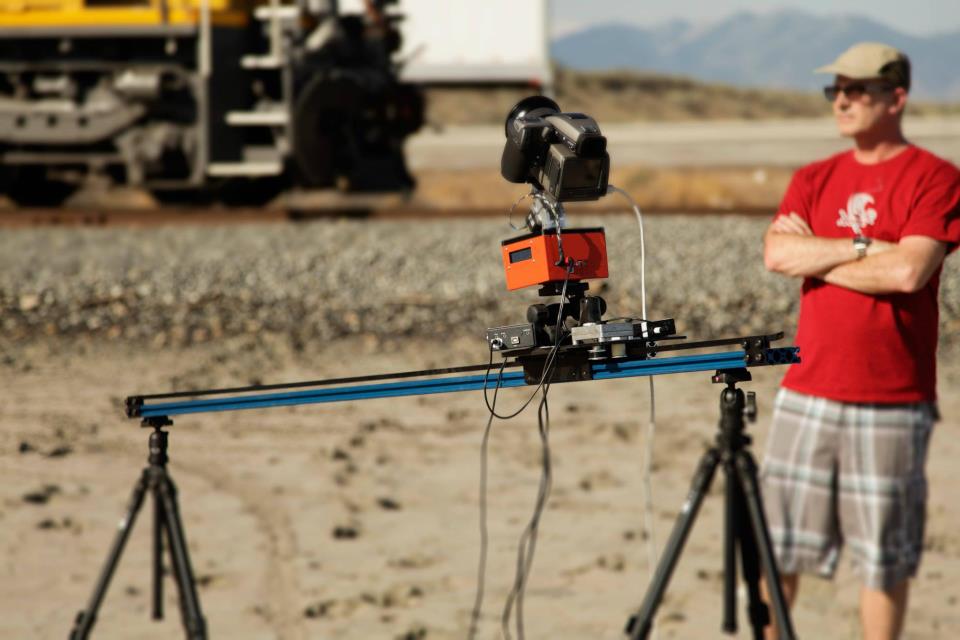 Question: How did you "break in" with the big guys like Discovery Channel and National Geographic?

I had worked on a number of IMAX movies with my friend and director Adrian Warren. He was hired to Direct “Secrets of the Wild Pandas” for National Geographic and of course he brought his favorite DP with him! It was a long and brutal shoot out in the middle of nowhere in China. That gig and a few others that I had won two Emmy Awards for gave me some added street cred in the biz. That lead to future opportunities with some distinguished clientele. 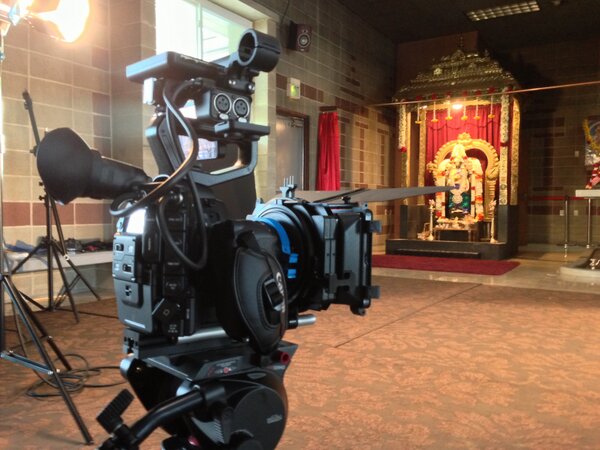 Photo Courtesy Jeffrey Farrell and 8K Productions:
Shooting at a Hindu Temple with the Canon C300

Question: I notice that you carry around with you the Canon C300. Can you give us a mini-review and why you choose that particular camera for your work?

Quite a few reasons and these are in no particular order because they are all equally important to me.

I would like to say that the most important thing of all is the person behind the camera. The camera is only a tool and there are many tools out there. Sometimes, my camera is not the right tool for the job. It completely depends upon your project, end distribution and post workflow.

Question: What if a filmmaker is on a super-tight budget and can't afford the C300? What would you say is the best "low-cost" "broadcast quality" video camera on the market today?

Question: What's your biggest advice for a new filmmaker just starting out on his/her first documentary?

After that, plan and scout some more. Make lists, very detailed lists. One more thing, feed your crew well. If you do, it will be paid back 10X. 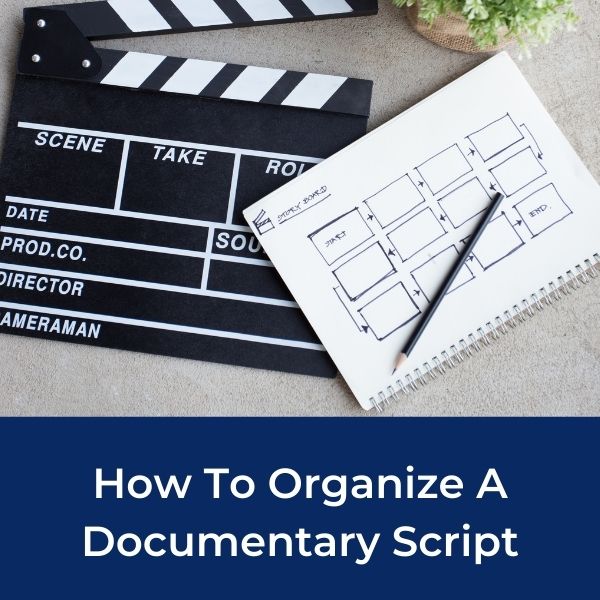 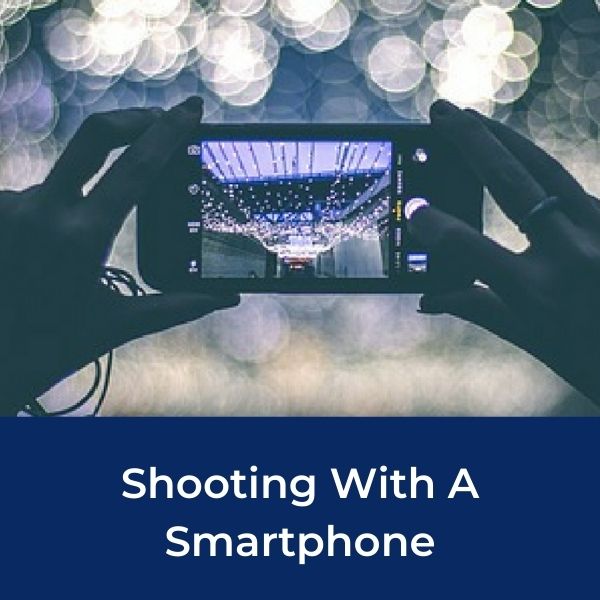