Documentary Gear List
With The Canon 70D and Canon Rebel T5i
Behind the Scenes:"Answering The Call" Documentary

By: Brian Jenkins/Documentary Director
May 24, 2016

A Bit Of Background

My company Riot House launched in 2010 as an independent record label focusing on vinyl distribution.

In 2015 we acquired the distribution rights to our first film, Records Collecting Dust, which I also served as the film’s producer. That film featured interviews with major figureheads of the West Coast punk and underground movement including Jello Biafra, Mike Watt, Chuck Dukowski, and Keith Morris.

After the success of that release, I made the decision to change direction with Riot House and transition into a film production company with an additional focus on original soundtracks. 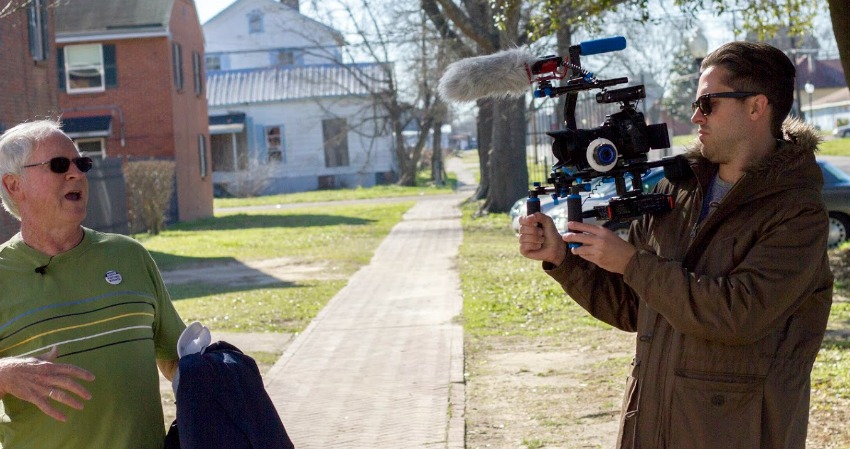 My next film and debut feature as a director is 'Answering the Call', which documents my uncle’s personal accounts of Selma in 1965.

On Bloody Sunday, he heard the call of Dr. Martin Luther King for support and rallied a group of classmates and clergymen from the University of Virginia to travel to Selma. His experience there included hearing Dr. King speak in Brown Chapel, meeting Rev. James Reeb hours before his beating and eventual death, almost being beaten to death himself by an angry mob of segregationists, and participating in a march from Brown Chapel to the Selma courthouse.

In addition to my uncle’s story, I am using this film as a vehicle to explore the state of voting rights today in America.

The film is still in production with an anticipated release of Fall 2016. 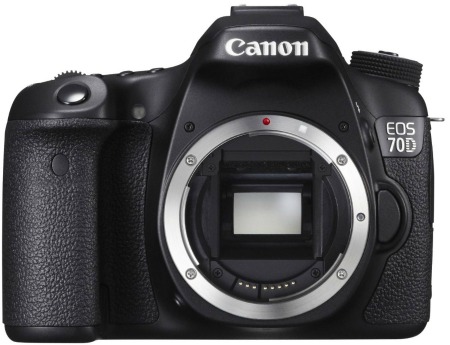 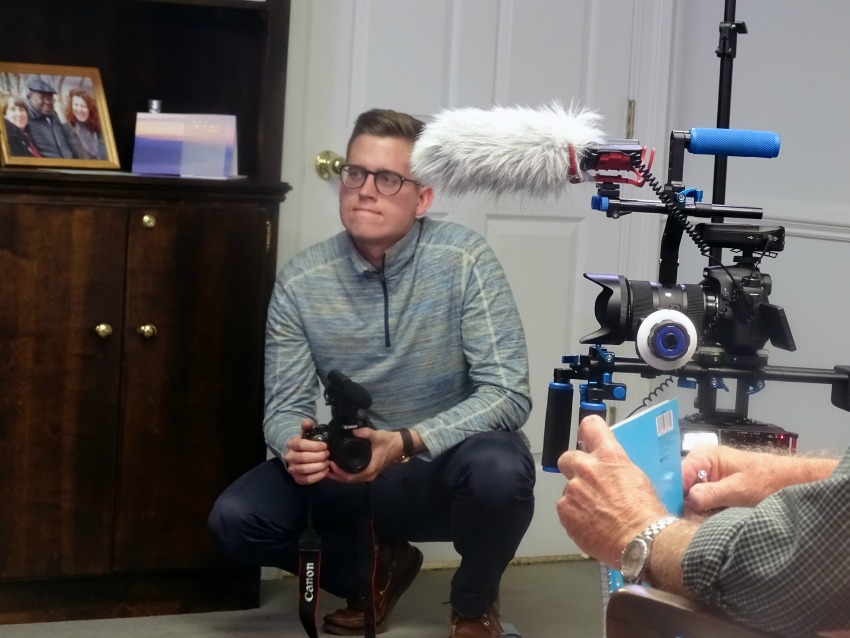 On Location: "Answering The Call" Documentary

I chose to shoot with crop sensor DSLRs for a number of reasons.

First being price, for Camera A I was able to put together a great camera for under $2,000 (lens and body). I also needed a compact rig that was easy to walk and travel with.

I traveled a lot for this project and needed to be able to get my gear into one camera bag and an additional lighting and tripod bad.

The third reason for choosing DSLR over a film camera was the ability to shoot stills -- anytime a piece of equipment can serve multiple purposes is a bonus.

I purchased the Tascam DR-70D because of it's specific design for use with DSLR cameras.

We were able to mount the recorder directly under the camera and also to the rig which kept everything neatly organized and compact.

For every interview I was both shooting with camera A and monitoring audio. This setup allowed me to do both with ease while still focusing on the interviewee and the conversation.

I mounted Rode Videomics to each camera with direct inputs into the camera set to auto-gain. These mics served as a backup to the lav microphone on each interview subject.

The final edit will almost exclusively use the lav microphone but the on camera shotgun microphones gave me peace of mind while shooting as well as a high quality audio sync reference for post production.

As for lighting, I chose the most compact and cost effective setup.

I tried to use as much natural light as possible while using the two LED lights to fill the front and back of each subject.

The aerial shots were all done with a DJI Phantom 3 Pro. I purchased this drone before the other Phantom 3 models were available and because it had the capability to shoot 4K. In addition I purchased a custom made flight case for it that fit the carry on luggage specs for all airliners. This saved me additional check baggage fees. 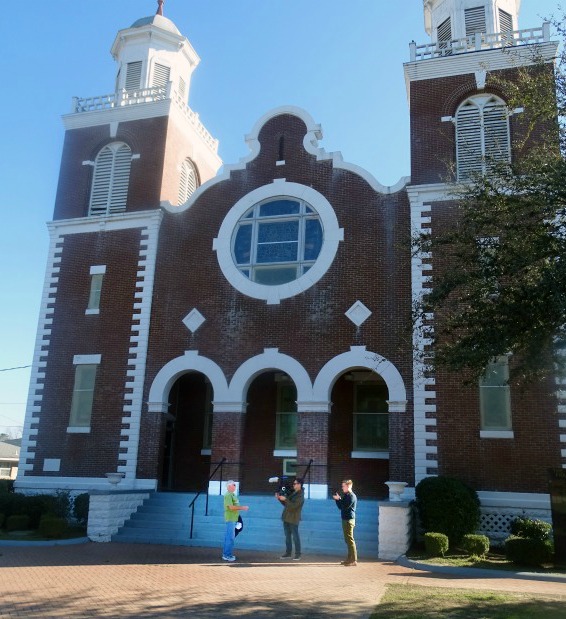 In the camera department, I was lucky to have nothing but wins and surprises.

I setup both cameras to shoot in the most neutral log profile as possible (without installing Magic Lantern) and was pretty happy with the color grading I was able to achieve.

There were a few times I wished I had shot on a Black Magic Cinema or Pocket Camera but I think the price difference and battery life weighed against those options this go around.

I was able to pick up a bunch of off brand Canon batteries for next to nothing so power was never an issue. 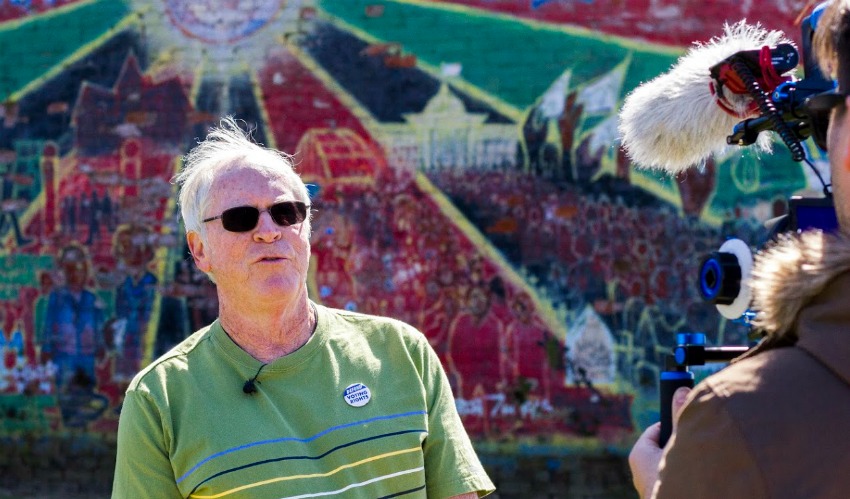 The most surprising outcome was the image quality of the Canon T5i with a Canon 50mm prime lens. There are a number of interviews where that camera produced better results than the 70D with the Sigma lens.

As for audio, for the most part it was nothing but wins as well.

Most of my interviews were shot with my brother on Camera B and myself on Camera A and audio.

Without having a dedicated audio person holding a shotgun boom, most of the on camera microphones are out of phase from the lav microphone (which you would expect). 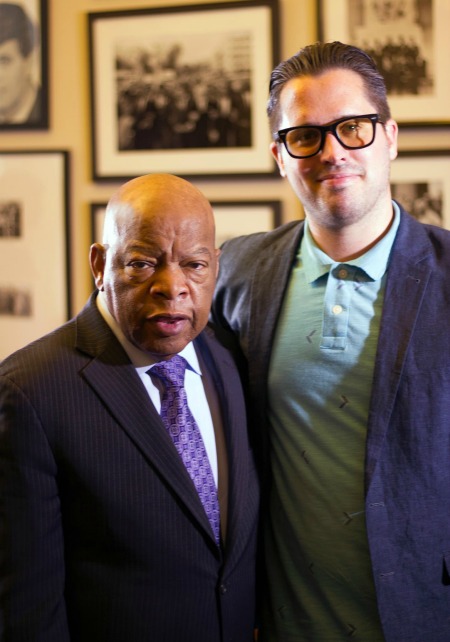 The only other challenge with audio was the wireless microphone system for one interview: Congressman John Lewis in his office outside the Capitol. Occasionally we would get some strange audio interference but I was able to edit around it for the most part or limit it through EQ. I imagine it had something to do with the building and all the communication systems embedded in it.

Onto the drone shots. The Phantom 3 is the first drone I've owned and was really the only piece of equipment like it when I purchased it in that price range.

One of the surprises and challenges was shooting in 4K.

Because the file sizes are so large and I wasn't shooting the film in 4K, I elected to shoot all my drone footage in 1080 HD.

It would have been nice to have 4K files for better cropping options but I think limiting the file sizes in the end proved beneficial to the workflow and cataloging the shots.

The Phantom 3 does a great job of shooting panned landscapes and wide angle shots but I've found that trying to shoot an individual or something more close up produces less appealing results.

The other challenge with this drone is the fixed 2.8 aperture lens. Even with the ND filter set, it was tough to get the shutter speed down to a filmic 1/50.

My advice to filmmakers would be to spend the extra cash on the Inspire 1 Pro with the X5 camera. It features a micro 4/3 sensor with a detachable lens. 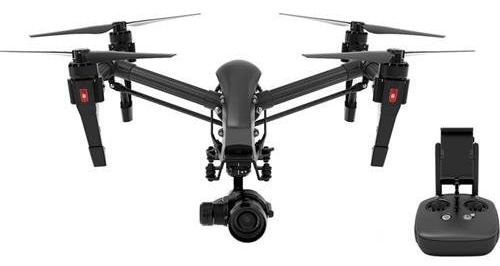 I am editing and color grading in Adobe Premiere Pro CC with a MacBook Pro 13" Retina Display.

I chose this computer to start the project for it's portability in logging audio and video files in the field as well as it's capability for getting my edit started on the final film.

I plan to move to a new iMac for the final edit.

I've also hired an animator, Devin Ensz, to reconstruct my uncle's stories and many of the historical events featured in the film.

I plan for animation to take the place of archived stock video and photography throughout the film.

For the film's soundtrack, I've enlisted Casey Virock to compose an original score. Riot House has released a number of records from Casey's band Porcupine over the last couple years. 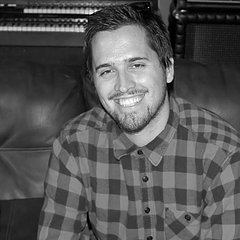 Brian Jenkins is the owner & founder of Riot House, a film production company based in San Diego, California. Initially started as an independent record label, the company transitioned to film production in 2015 with the distribution of the documentary "Records Collecting Dust".

Brian's latest work "Answering The Call", is a documentary feature about his uncle's personal account of the 1965 events in Selma, Alabama.

In addition to his documentary work, Brian freelances in graphic and web design, video production, aerial photography and video, and photography.

You can connect with Brian at riothousepictures.com