How To Find
Independent Film Funding For
Movies and Documentaries

Are you searching for independent film funding for your movie or documentary project?

There are many ways to get film financing and each project will appeal to different types of funders for different reasons.

The FIRST step is to figure out WHO your type of project will appeal to. A documentary about AIDS in Africa will appeal to a very different funder than say a romantic comedy.

The SECOND step is to figure out WHY the funder would give you money. What do THEY get out of it? (Learn the psychology of why people donate to documentaries in our popular Documentary Fundraising Course)

There are two basic models for funding your film or documentary:

With donors, any money they give you is a GIFT and there is no expectation of getting that money back. Why would people do this?

It is understood in documentary filmmaking that documentaries rarely make a profit. So the only way it’s going to get made is if people donate their time and/or money.

This is also the case in small independent movie making projects.

Someone might be motivated to donate to your project if they have a deep connection to the story or want to support you, the director (or someone else involved in your project) or they simply want to support or take part in an artistic project for the artistic value alone.

With investors, these folks are looking at the project more from a business point of view.

They are hoping that by investing their funds in your movie, they will not only get their initial investment back, but also make a PROFIT.

The film industry is a notoriously high-risk investment game. You can LOSE big, but you can also WIN big. (A hit film can provide investors with a 500% return on their investment!)

For any type of independent film funding, you will need either a business plan (for investors) or a documentary proposal (for donors).

If you feel you have a documentary idea that could be a big box office hit (think Michael Moore), you should consider the “Investor Model” as a way to raise funds for your film. When approaching investors, you MUST have a business plan. Just having a “great idea” isn’t going to cut it. Investors want to see real numbers and they want to know how you’re going to make them money.

Do you know how to think like an investor?

For film business and financing advice, check out filmproposals.com. They help you THINK like an investor and give you the harsh realities of how the financial world works. The FilmProposals website is geared more toward feature films, but has tons of great resources for films of all kinds.

Self-funding -- Dip into those savings or pull out the credit card. You gotta prove yourself somehow! This is often the only option for a first-time filmmaker with no experience and no film credits to their name. Have a success and you’ll have a better chance at outside funding next time.

Friends and Family – When you're a first-time filmmaker, often those closest to you are the most willing to give you a helping hand.  Once you've proven your skills, those outside your personal circle will be more willing to support you.

Filmmaking Grants – This falls under the “donation” model and is a very common method of raising funds for documentaries. Foundations big and small will fund your project if it’s the right fit. Be prepared to fill out paperwork and have a proposal ready. Usually grants are reserved for a more experienced team or a promising filmmaker that comes highly recommended from credible sources. A great resource for filmmaking grants is FoundationCenter.org.

CrowdFunding – This type of independent film funding involves pulling together a “crowd” to fund your project or at least some aspect of it. Two great options for crowdfunding include KickStarter and IndieGoGo.

Video Contests – There’s tons of money to be made with video contests. You not only get cash, there’s usually a great promotional opportunity as well.

Business/Corporate Sponsorships - Businesses will help fund your film in exchange for a sponsorship plug at the beginning/end of your film and in all your marketing materials.

Private Investors – This option is for films that have the potential to make a profit. Investors will loan money to the project with the expectation that they will not only get their money back, but will get a return on their investment. (This process has some legal issues involved and I recommend hiring an entertainment lawyer to help you)

Negative Pick-Up Deal - Increasingly rare, this is a very complex form of funding that involves getting a distribution company to agree to buy the distribution rights of your film in advance of shooting. That promise to purchase is used as collateral for a bank to give you a loan. This kind of deal is usually reserved for high-end projects with big names attached.

Studio Funding – Sometimes a studio will fund the film project and keep you on as a producer or buy the project from you. 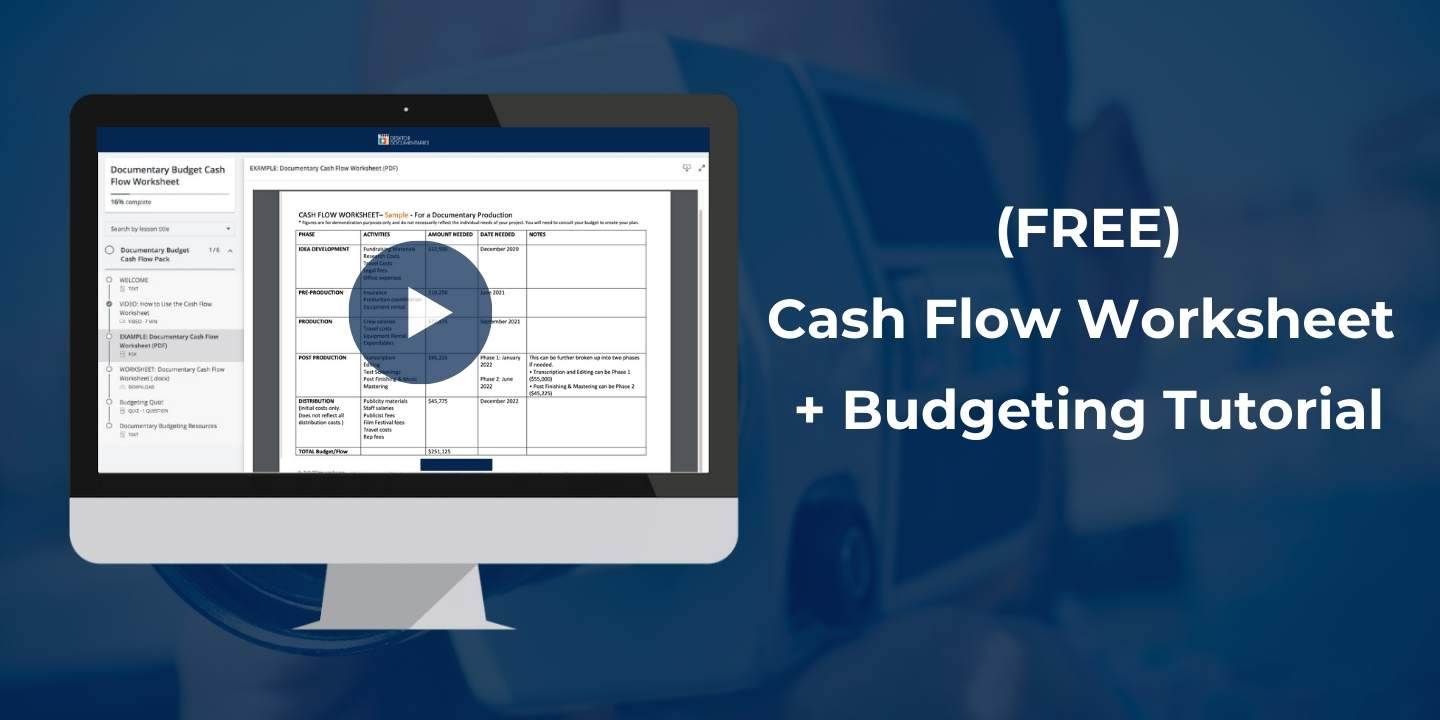