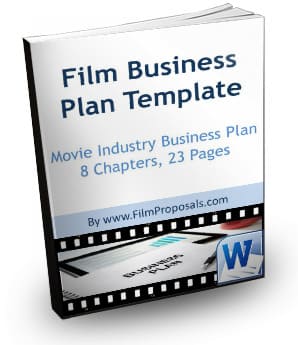 Having an effective business plan or documentary proposal can be the difference between getting your film financed or having your idea be just that.. an IDEA.

There are two ways to get funding for your film or documentary:donors or investors.

Most documentaries are non-profit ventures and get their funding through donor sources such as foundations, philanthropists or other individuals who support the project. Donations are GIFTS and do not have to be paid back.

When seeking donor funding, you will need a documentary proposal that includes a treatment, crew bios, a budget, distribution plan and your overall goals and vision for the project.

If you believe your film can make a profit, you need a business plan that not only lays out your vision for the project, but also projects in hard numbers potential profits for the film.

A fantastic film business plan template is from FilmProposals.com. It’s an easy-to-use 23 page template that can be used alone, or in conjunction with their Film Proposals and Financing Manual and Film Projections Templates.

Just to be clear, this template is for feature films, but it can easily be modified for ANY film or documentary project.

It’s a beautifully made “film themed” template already laid out in Microsoft Word so the text can be easily modified to suit YOUR project. It provides tons of re-usable text and will save you hours upon hours of typing and formatting time.

"Don't look stupid and come across as an amateur!" 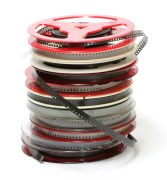 If you are truly serious about your film career and whether or not your film ACTUALLY gets made, it’s an absolute necessity you learn the business side of the industry and learn the lingo of investors.

Do you know what an effective business plan looks like, how to make one or what to include?

Click here to go to Film Proposals and learn more about film business and financial tools that will get you thinking like an investor and empower you to turn your filmmaking dreams into reality!

For more tips on film financing: