Magic Lantern is only available for Canon DSLR cameras.

Sorry Nikon, Sony, Sigma, Fuji, Olympus and other DSLR users. If you shoot with anything other than a Canon DSLR, this article is not for you.

Digital photography and videography has changed by leaps and bounds over just the past few years.

The ability to capture images and film events with stellar results is now within everyone's grasp. For about $1,000 dollars you can get a quality DSLR camera with an additional shotgun microphone (for interviews and better nat sound) and a great low-light lens to bring in all the glorious images you once only dreamed about.

I shoot with a Canon 60D which is a mid-range camera in terms of cost. But, like most other technologies, as wonderful as they are, you are limited by the software that the manufacturer installs.

For instance, with DSLRs, you cannot view audio levels in a live-view mode. This alone is a serious draw back when conducting interviews. It can be nerve-racking as the interview is taking place. You can only hope that your levels are right. And you won't know for sure until you begin to edit and then, if your levels are off, it's too late. 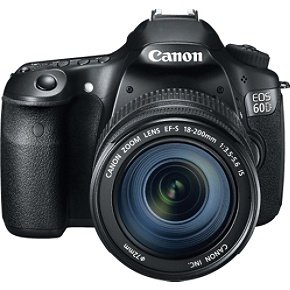 Another drawback when recording video with a DSLR is the ability to focus. More to the point, it's hard to tell if your image is in focus due to the small size of the camera's screen.

As with not being able to see audio levels while recording, you often won't know if your subject is in focus until you begin to edit.

Again, if you were wrong in the field, you will be working with video that is hard to fix in post. 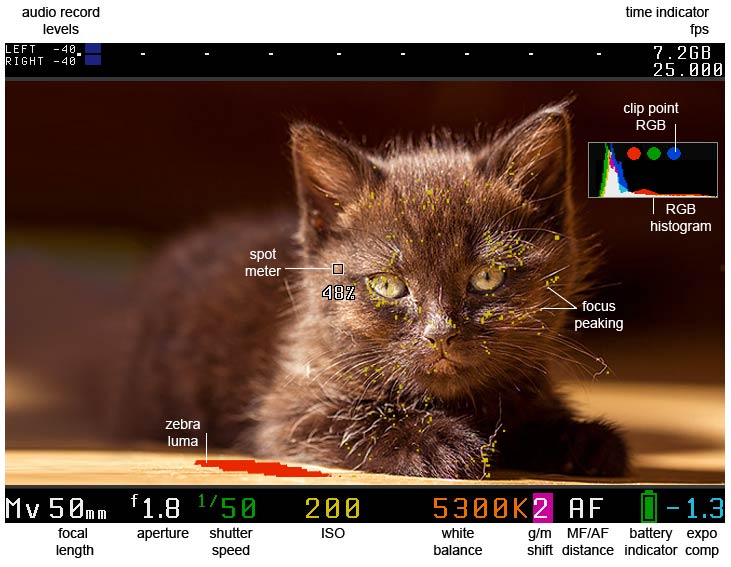 What is Magic Lantern?

Magic Lantern is a free firmware update that works in conjunction with Canon's preset software. Magic Lantern is loaded onto your SD card and does not affect or tamper with the settings that Canon has installed.

Since Magic Lantern works directly from your SD card, you can remove it at anytime by formatting your card. But why would you want to remove it? I certainly don't.

Magic Lantern is a great product and opens up worlds of new possibilities that Canon doesn't offer.

Here is my list of the top five features that Magic Lantern offers for filmmaking. 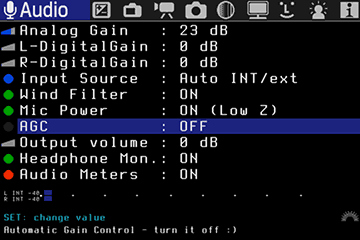 Nothing can be more frustrating than coming back to your editing system with awesome video and terrible audio.

People can tolerate a little shake or blur in video (just watch any music video made this week). But our senses have a hard time accepting audio that is garbled or over-modulated (too loud).

With Magic Lantern, you can view audio levels on your screen as you record. This feature alone makes Magic Lantern worthwhile for the documentary filmmaker.

Now, you can record interviews in confidence knowing when you get back to the studio you will have quality audio.

As a side note to being able to see your audio levels while recording, Magic Lantern allows you to monitor your audio via headphones. Something that Canon was not able (or chose to not to provide) in their DSLR line up. 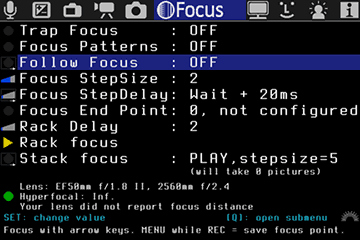 Magic Lantern offers a depth of focusing options to better assist you in the field. From trap focus to rack focus to follow focus, Magic Lantern lets you do things with your DSLR that is often only available in higher end video cameras.

The level of benefits that Magic Lantern offers with regard to focusing requires a separate article altogether. But the short and sweet of it, Magic Lantern allows you to determine in the field and in real time if your subject is in focus.

When using the focus assist features you are able to determine what is in focus by monitoring little static lines around your focal points. Magic Lantern somehow magically creates little squiggly lines on the areas that are in focus without disturbing your overall view of the monitor.

I do most of my work in the field where I don't have time to ask a subject to stand still while I finalize my focal settings. In this type of shooting, you have to get it right the first time.

Much like sports photography and filming, my subjects are not there because I am there. I am there because they are there doing whatever it is they are doing. Having the ability to see what is truly in focus and not what my less-than-perfect eyes think is in focus is another life saver when it comes to documentary filmmaking. If you are making a movie with actors, this is helpful as well. But much more so when things are run and gun.

Have you ever noticed how many people it takes to film a scene in a movie? People holding cards and pulling out measuring tapes; they are pre-determining where the focus points will be and what the white balance should be based on the conditions the director of photography is trying to achieve.

I've never had an experience where I can ask someone, building a house for example, to stop, let me get all my settings right then yell "action" so I can get my best image. The ability to better track your focus through Magic Lantern is an incredible feature and like monitoring audio levels, this alone is worth the effort to install Magic Lantern for Canon. 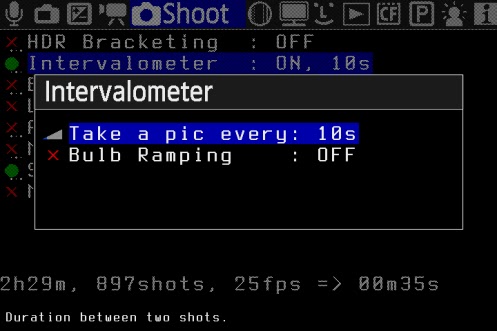 I've searched around and there are a number of ways to shoot time lapse with Canon DLSRs, but none are as simple as what Magic Lantern offers.

Simply go to the intervalometer within Shoot mode and set the time scale you want to use. It's that easy.

It's that easy to set the camera up to take pictures at the intervals of your choosing. But rest assured, there are many other aspects of shooting time lapse that you, the photographer must consider when engaging in this stunning type of photography. You've got to have your settings right within the camera. (Hint: use aperture priority).

There are many videos on Vimeo and YouTube that can help you work out the kinks and learn how to master this form. Without Magic Lantern for Canon, you have to have some other after-market tools to get your camera to take a picture at set intervals. Or, you can do it the hard way and use your remote adapter to click off shots on your own.

This can be a mind-boggingly hard way to shoot time lapse. Especially if your scene is going to last for several hours. 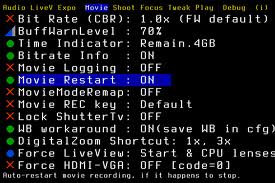 DSLRs have a few weird things about them.

In my opinion, some of these oddities are programmed in by the manufacturer to ensure that your one camera doesn't do things that their other cameras do. After all, they make these cameras to make money and if one camera can do everything, you may not buy other cameras.

One of the idiosyncrasies that DSLRs have is that, when in video mode, they shut down after 12-15 minutes. I've read that one reason DSLRs do this is to avoid additional taxes. If a DSLR recorded video until the card filled up, then the manufacturer's camera would be taxed as if it were a video camera. So they put this limitation in to avoid import  taxes. Again, something I read on the internet.

Regardless of how or why these record time limits exist on DSLRs, they do exist. But with Magic Lantern for Canon, this becomes somewhat irrelevant. By activating Movie ReStart, your camera will "reboot" itself after its record limit has been reached.

A note here; while Magic Lantern does restart your recording automatically, you may miss a second or two or record time during the restarting process. This is particularly handy when doing interviews.

Should your subject provide you with a long answer, Magic Lantern will keep the recording going (although you may miss a second with the restart).

Another neat function that Magic Lantern provides is a real time countdown to the restart. While viewing your screen, you can see exactly how much time you have before Magic Lantern restarts recording.

And this leads to my 5th favorite feature of Magic Lantern. 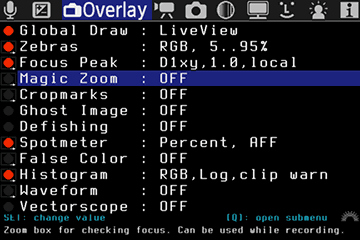 If you are shooting with a video camera, odds are you can see everything that is important to you in your LCD screen: audio levels, zebra levels, record time, exposure, etc.

With Magic Lantern for Canon you can customize what you want to see on your LCD screen. This, again, is yet another invaluable aspect of Magic Lantern.

You no longer have to guess or hope that our settings are correct. You can ensure that they are simply by looking at your LCD screen. Today's DSLRs are powerful and sometimes unwieldy. They can do so much, but since they are performing as essentially two cameras in one, they can be hard to manage and/or control. Being able to view the aspects of video production that you deem most important allows you to shoot with confidence in the field. No need to cross your finger anymore.

I recently shot an interview that looked fine on my Canon 60D monitor only to learn after off-loading the footage that I had the cartoon effect turned on. This gave my subject a weird grainy look. Apparently, I had been playing around with the Magic Lantern settings and neglected to turn off this feature. Live and learn.

If you take the plunge and add Magic Lantern for Canon as one of your filmmaking tools, take the time to study what it can do. As with anything else, practice makes perfect. Trust me, I will never again shoot an interview with the cartoon effect turned on.

The amount of additional effects and controls that Magic Lantern offers is stunning. I have not mastered all that it can do. But in time, I will try more of its options and my final products will improve as a result.

Magic Lantern is free. You pay nothing to download it to your computer and install it on your SD cards. And, since it is free and it is always getting updates, the good people at Magic Lantern go out of their way to tell you that by installing Magic Lantern you could void your camera's warranty and that Magic Lantern could harm your camera.

Canon has yet to endorse or recognize Magic Lantern and this is, in part, why such strong disclaimers are made prior to your using Magic Lantern. That said, I had my moments of concern prior to loading it and using it.

I, for one, can attest that it works very well with my Canon 60D. It has truly opened up new opportunities in my filmmaking endeavors.

Do YOU have experience with Magic Lantern for Canon?  Leave comments below. 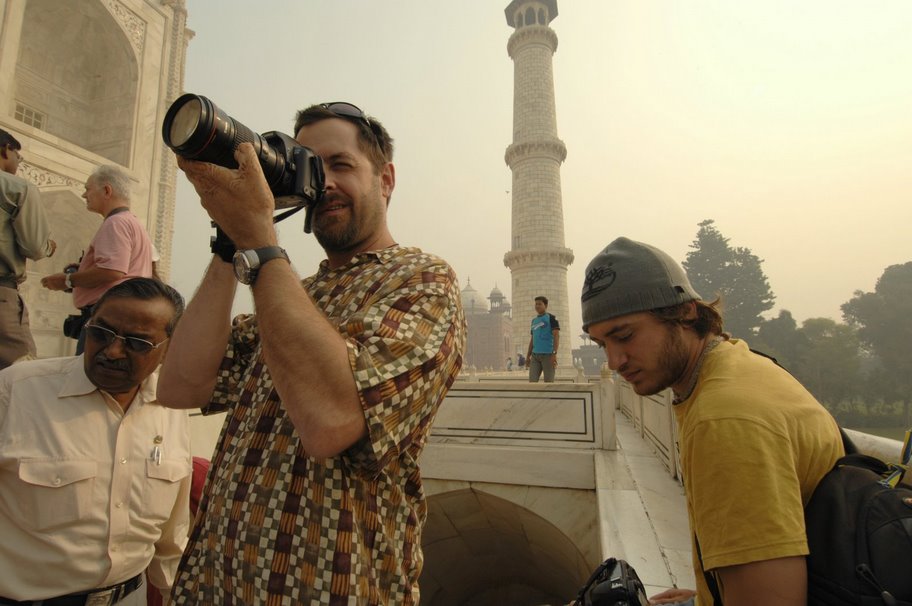 Scott Umstattd is a freelance photo/video journalist who travels the world documenting pretty much anything and everything.  He's addicted to his Canon 60D and is always looking for an excuse to take more photos and shoot more video.  Scott is a regular contributor to Desktop Documentaries and head honcho over at Picture-Power.com.