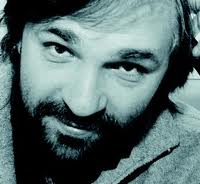 If you're in need of some inspiration for your documentary filmmaking journey, you'll appreciate these "10 Rules of Filmmaking" from Russian documentary director Victor Kossakovsky:

During the International Documentary Film Festival Amsterdam (IDFA) in 2006, Russian filmmaker Kossakovsky explained his unique vision about making documentaries. He explains Rule #1 while his film Tishe! screens in the background.

What lessons have YOU learned while making documentaries?  Share what you've learned with the documentary filmmaking community. Gain fame and fortune (okay, maybe just fame) as a guest blogger for this site.

Write your own filmmaking masterpiece or leave a comment below...