What kinds of documentaries do consumers prefer?

And how are their tastes evolving? 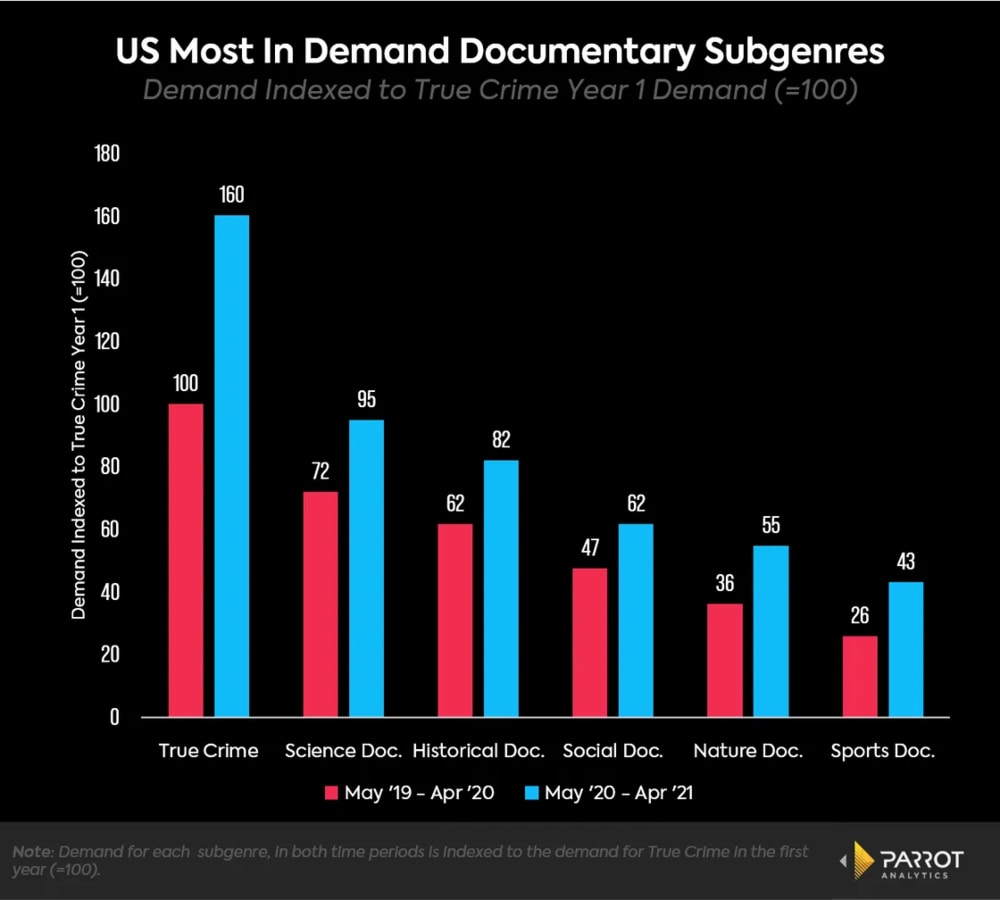 Remember that Netflix and the streamers aren’t rated by Nielsen like the channels.

Parrot scoops up consumers’ ‘demand expressions’ for documentaries from across the online universe. It then weighs them: for example, a download-to-own earns a multiple of an Instagram “like.”

Of course, just because a documentary is in a popular sub-genre doesn’t guarantee it’s going to be a hit.

The message from Parrot’s analysis is NOT that the Nature documentary that you are developing will earn around a third of the audience of a biopic about a mass-murder.

Success depends on the originality of your story, your compelling pitch, and on the immersive quality of the delivered production.

You can learn much, much more about how to develop and pitch your documentary in my Selling to Netflix course.

Ready to research and explore the NETFLIX ecosystem for your documentary?

At the click of a button, you can get instant access to key Netflix trends and insights with the help of my brand new interactive Netflix Database!

The database is one of many resources, tools and templates inside my fully updated Selling To Netflix Course.