Distributing Your Film |
Advice From A Distributor 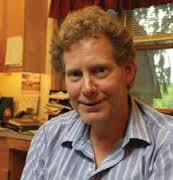 Bill Curtis is the managing director of Vision Video/Gateway Films based in Pennsylvania.

We asked Bill if he would share a few insights about film distribution from the perspective of a distributor.

Vision Video distributes the PBS and Emmy-winning documentary Briars in the Cotton Patch which was produced by Faith Fuller, the publisher of Desktop Documentaries.

Bill's father, the late Ken Curtis, founded Gateway Films in 1972 with one film. Today, the company offers more than 1400 titles in the Christian and family genres.

Desktop Documentaries: How did you get started in the distribution business? Is it all you expected it to be?

Bill Curtis: We got started 40 years ago with the movie "The Cross of the Switchblade". It's way more than we ever expected.


Desktop Documentaries: What is the biggest change happening with film distribution right now and how is that impacting Vision Video (and also filmmakers)?

Bill Curtis: The largest change is saturation of visual media, and especially free online media with sites like Youtube. Customer are not willing to pay much for DVDs. It's hard for anyone to cover production and distribution costs with the proliferation of $5 to $10 DVDs in mass merchants.

Desktop Documentaries: Are DVDs and Blu-Rays a thing of the past?


Desktop Documentaries: What do filmmakers need to understand about distribution?

Bill Curtis: Like many things in life, it's not as easy as it seems.


Desktop Documentaries: What is the biggest mistake documentary filmmakers make when it comes to distributing their films?

Bill Curtis: When we talk with new film makers about distribution, I encourage them to consider self distribution if they have the energy for it. Probably no one can distribute their film better than they can, but it will take a ton of work. If they want to produce more films, they should let someone help them with distribution.


Desktop Documentaries: What is your process for choosing a film for distribution through your company?

Bill Curtis: How does the program line up with our mission, the production quality, and the producer's expectation. If we don't think we can meet producer's distribution expectation, I will hesitate to license the film.


Desktop Documentaries: Any final advice to filmmakers on how to work with a distributor?

Bill Curtis: Consider the budget very carefully, small budgets are much more likely to get produced.

Distributing Your Film | Advice From A Distributor

In addition to distributing films, Bill and his father also made numerous films together including a series they filmed in Israel while Bill's father was battling cancer. Bill says he is grateful for the gift of being able to work so closely with his father. Ken Curtis was a respected and beloved Christian filmmaker who passed away in January 2011.