(Lessons in Fundraising, Marketing Your Film and
Underwater Shooting Tips)

New Zealand based photographer/filmmaker Jose G. Cano is on a lifelong quest of exploration and discovery.

His stunning underwater photography is just one of numerous endeavors, including a series of ethereal underwater films raising awareness about the fragility of the oceans.

An ambitious underwater documentary project is next. 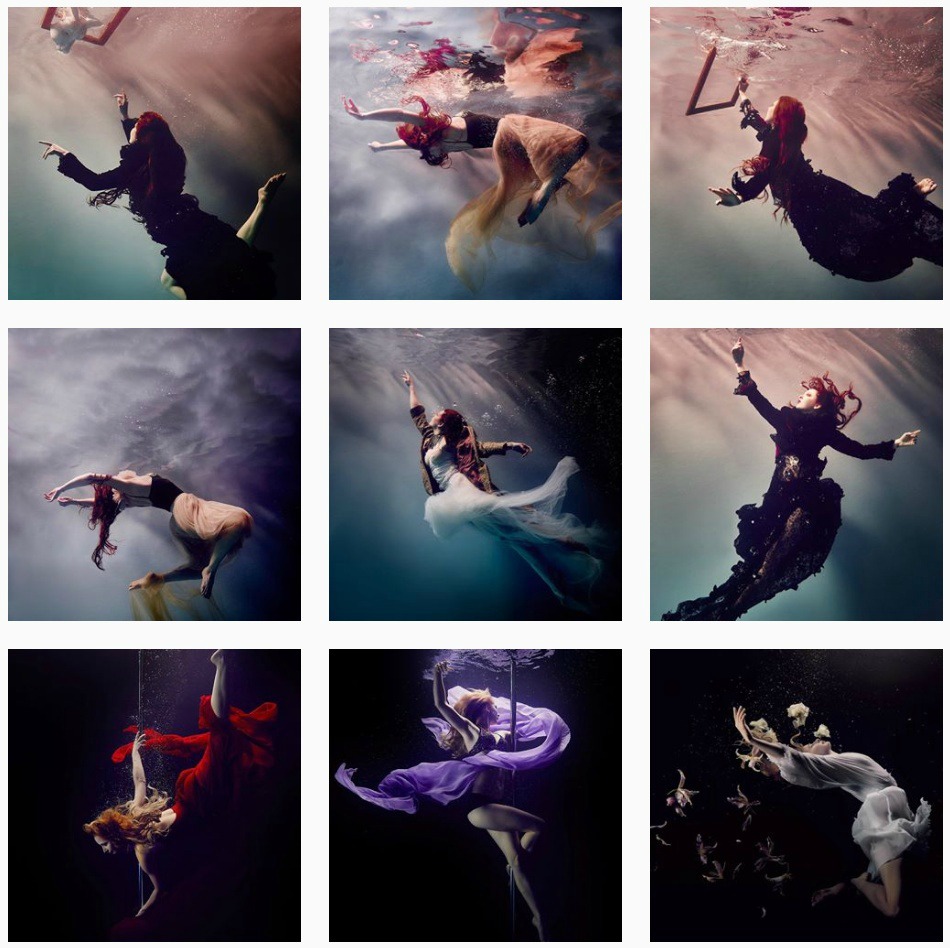 We learned about Jose Cano's work after he signed up for several of the Desktop Documentaries courses.

As he transitions from photographer to filmmaker, he's soaking up all the information he can.

"I really believe that you have to learn, be humble and keep learning always. All your life. You can’t just think I learned something and I’m done. So when I wanted to learn how to shoot a documentary in a more proper way, not just a long photograph, I was researching on the web and when I saw the work of Desktop Documentaries I said well.. they know what they’re doing." 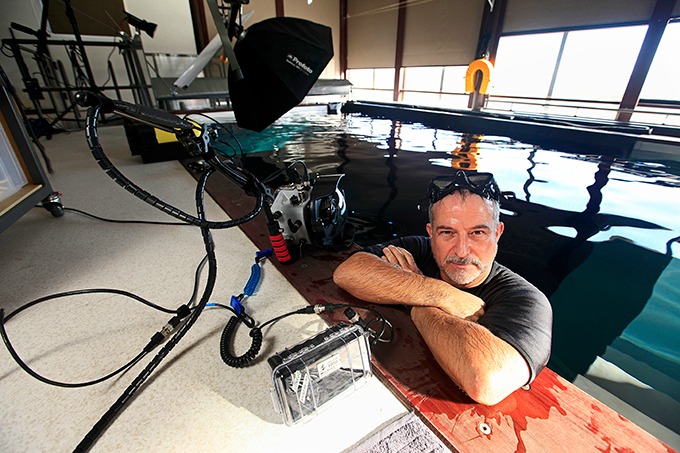 The 57-year old underwater photographer became inspired to launch his first ever documentary project after conducting research for a short film on dolphins.

"It all started here in New Zealand. We have the Hector’s Dolphin, an endangered species. Because of over-fishing, pollution and climate change we are seeing that they are disappearing. So I began to research - like Desktop Documentaries says, you have to do your research - it's dangerous because you learn so many incredible things!"

After digging deeper, he realized there was a much bigger story.

"The research basically opened the scope of the documentary. Now the dolphins are just one chapter.”

A thought struck Jose during a quiet walk in the mountains, "I realized if we allow so many species to disappear, if we kill the oceans, it’s not just killing the fish we eat, we’re killing beauty."

Jose is still formulating what exactly the documentary is going to be.

"I don’t want to have a preconceived idea of everything, how is going to be the final product. I don’t want to limit myself to all the things I’m going to discover. I want people to change as much as I have changed. So I’m allowing the documentary to bring me to the wonders of this life!"

He says the documentary will be filmed in four primary locations: Australia, Hawaii, Tahiti and New Zealand. "Everything underwater is dreamy…I want to keep everything very surreal, unreal." 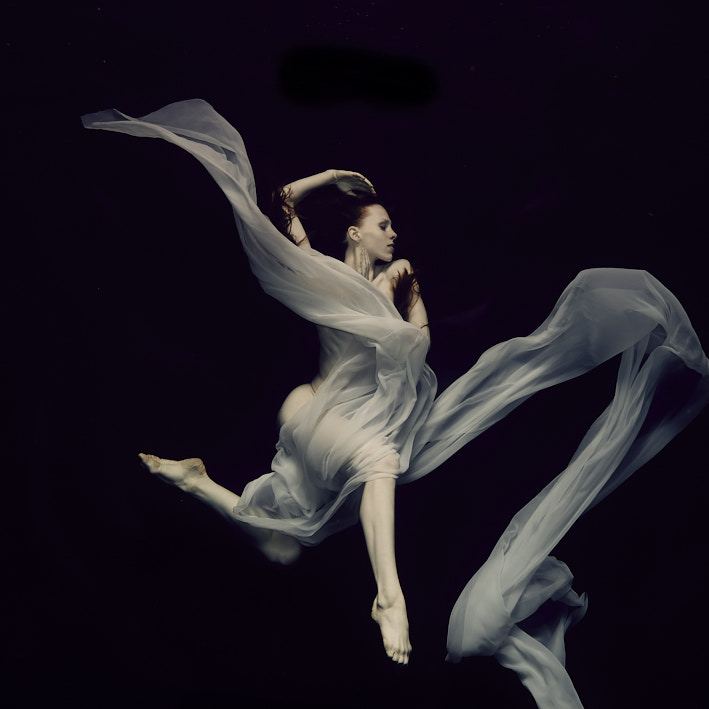 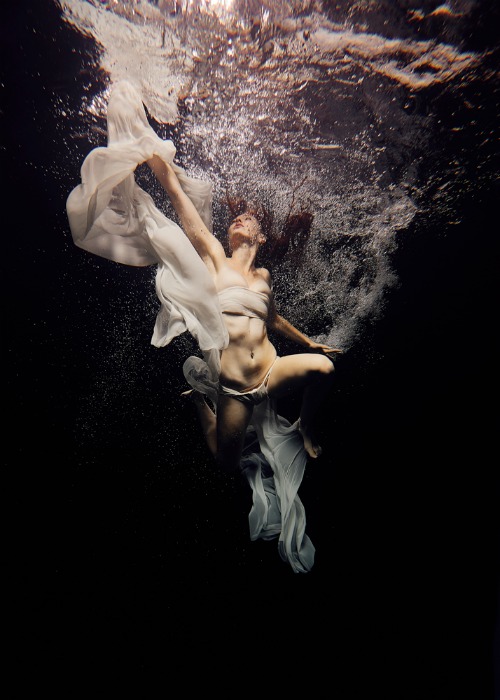 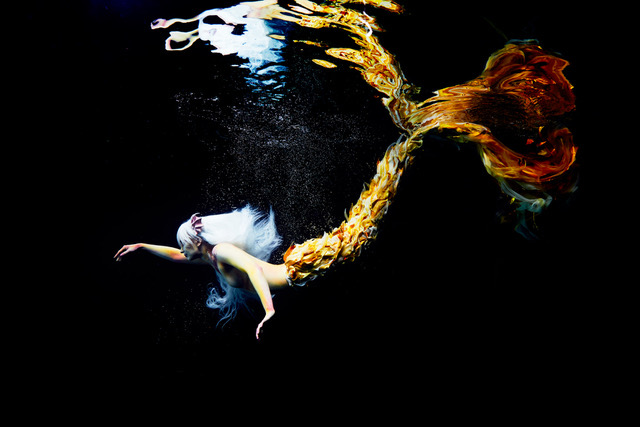 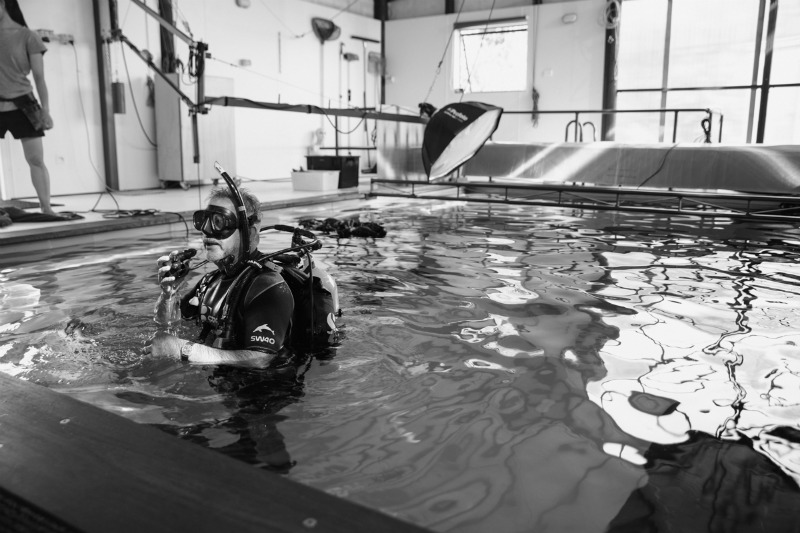 Jose says that filming under water has different challenges than shooting on dry land or from the air. For one thing, it's imperative for Jose that his cameras shoot in raw format because the spectrum of light in the ocean changes.

"After 2 or 3 meters, you lose all the reds. Then you begin to lose the yellows. And at the end, you just end up with violet and blues. That’s why when you see underwater images, it’s all blue. So you need a camera that shoots RAW. So after, you can recover these reds."

Another tip Jose offers is to shoot in at 60 or 100 frames-per-second (fps) and then slow it down to 35 frames during editing, "Basic 101 in underwater filmmaking is to shoot in slow motion because there is always some shaking and some animals are very fast. Sharks are fast I can tell you! Most of the ocean scenes that you have watched have been slowed down."

Jose says he discovered an important lesson about fundraising during his time working with a charity in Thailand.

"If you go to somebody with an idea on paper, they'll say hmmm very interesting. Call me in a year. If you go with something that you have done, they'll say this guy can make things!"

He learned that being able to show a trailer, or even raw footage, makes a big impression over simply sharing an idea.

"That's what I learned very early," Jose says. "If I go with my trailer, with part of the footage, and I go to somebody and say look, that's what I got already. I have many more possibilities to get the funds, because they think this guy is walking the extra mile."

Jose says the documentary has so far been self-funded with 60% of the budget coming from his own savings. He's hoping the raise the additional 40% of the budget once the trailer is completed. 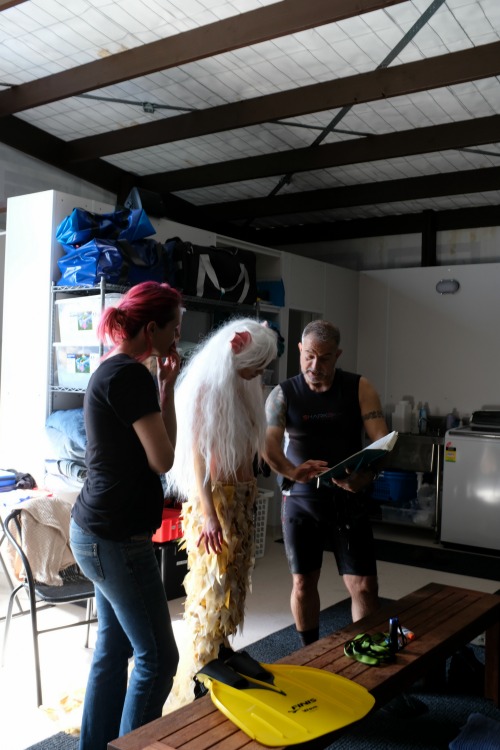 One of the important lessons Jose learned from Desktop Documentaries is to know your audience.

"I have a teenage daughter and I thought how could I get to someone of her age. Because I don’t want to preach to people who are in conservation. We all agree, we know already. How do you get to young people? That's my audience. And I thought I’m going to get to them through beauty, through fashion, something they want to see."

Jose says Instagram and YouTube are the best places to reach his audience so that's where he's going to focus his outreach and marketing.

For the distribution of his documentary, Jose says he is planning a traditional path of showcasing first in film festivals, with the ultimate goal of getting on Netflix.

"I want to reach as many people as possible, so Netflix is the best for that."

As part of his marketing, he plans to create a powerful teaser/trailer that he will post across the web including his documentary website (not yet created) and social media.

In addition, he plans to conduct a crowdfunding campaign once he builds up a more sizable audience through his social media channels.

"When you make a crowdfunding campaign, you are getting in contact with a lot of people. You are essentially pre-selling your documentary."

His goal is to complete and release the film by 2020.

"I think it’s going to take 2-3 years to make. Most of the marine mammals are seasonal. They stay several months and then they go to Antarctica… so basically you film seasonally. So you become a little bit of a nomad." 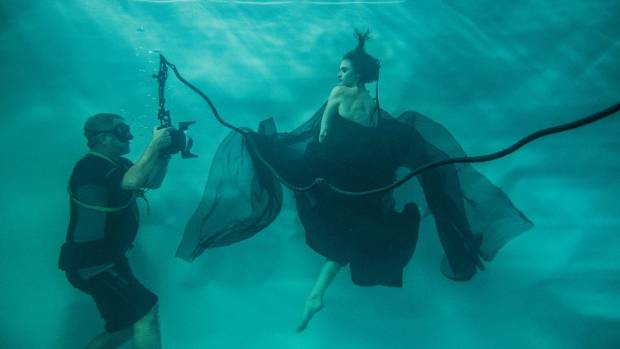 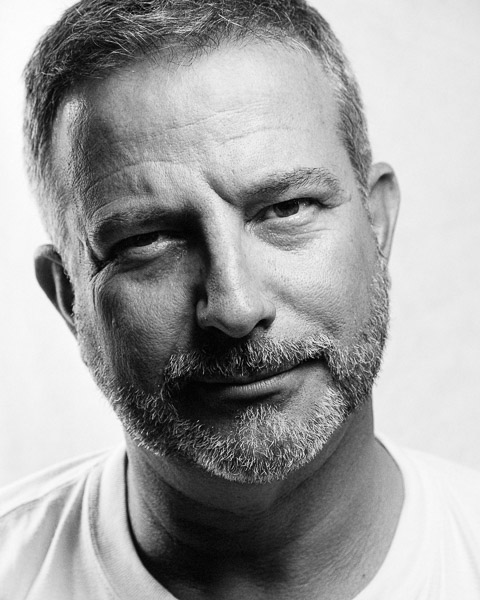 Jose G. Cano is a professional Photographer/Filmmaker currently based in New Zealand. He originally started out in the fashion and distribution industry in his home country of Spain. After traveling the world on a sailing boat, he landed in Thailand where he worked with a charity helping create safe shelters for women and children living with HIV/Aids.

He moved to New Zealand in 2009 with his wife and daughter where he established an underwater photography studio and became a New Zealand National 5 years later.

He is currently working on his first documentary with a focus on the oceans, whales and dolphins.

Interested in Jose's work? Got a question about his photography or new documentary project? Ask below: