10 Reasons Why Documentary Filmmakers Are Heroes 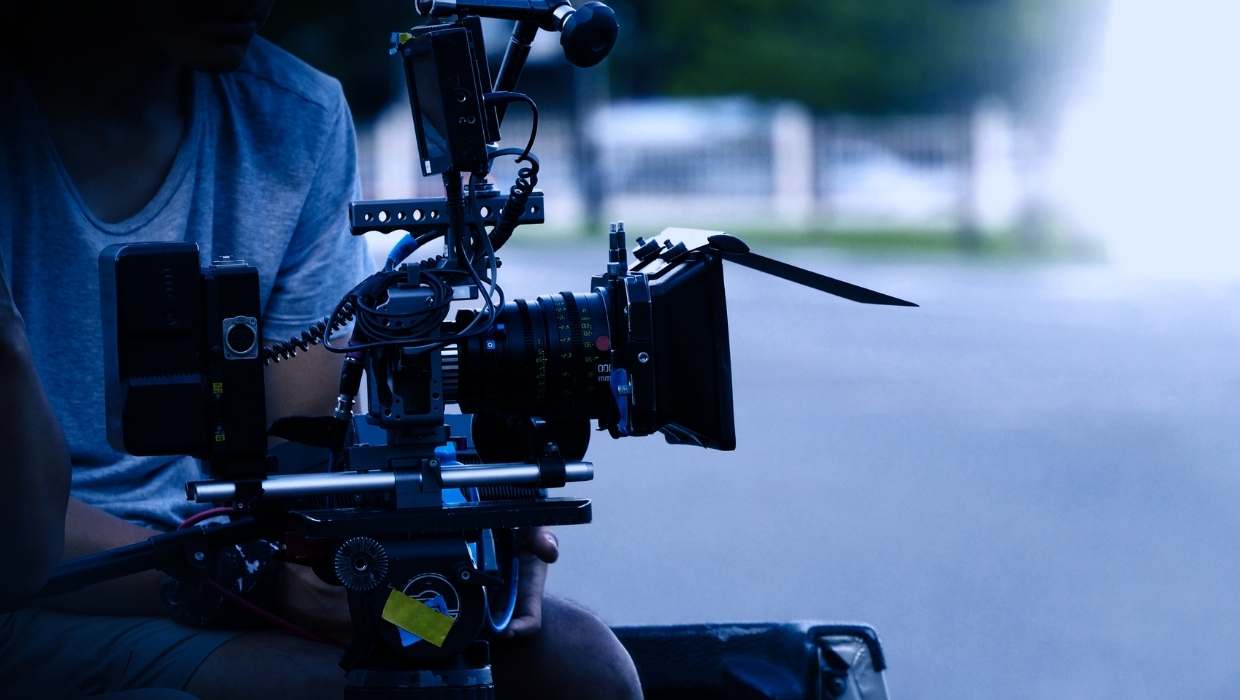 Have you watched any documentaries lately? Have any of them changed your life or at least changed your perception?

Documentaries that come to mind include “An Inconvenient Truth”, “Food Inc” and “Why We Fight”. These films literally impacted my behavior, habits or shifted my world view. The explosion of fruits and vegetables in my kitchen in the hours and days after watching FAT, SICK AND NEARLY DEAD is a testament to the power of documentaries!

Documentaries serve as a vital tool to both educate and inspire. If done well, they have the power to transform, move, and change the world.

Here are some of the reasons why you, the documentary filmmaker, have earned the title “hero”.

10 Reasons Why Documentary Filmmakers Are Heroes

1. Shining a light in dark places – Sometimes life can be ugly. And as long as ugliness is hidden from view, perpetrators can continue unchallenged. But if suddenly a bright light shines down on these heinous acts, the good people of this world can see it, examine it and hopefully do something to fix it. “The Cove” is a perfect example. The documentary filmmakers exposed the systematic slaughter of innocent dolphins in Japan which caused an outcry and reexamination of Japan’s fishing industry practices.

2. Dissipating hatred – Morgan Spurlock (“SuperSize Me”) became my hero with his “30 Days” TV Series on FX. He took people out of their comfort zone and put them into unfamiliar situations that conflict with their “upbringing, beliefs, religion or profession”. For example, a Christian living as a Muslim; a gun control advocate in the home of gun enthusiasts; a man opposed to illegal immigration sharing a home with Mexican immigrants. Would we have as much hatred or war in this world if we simply took the time to understand each other just a bit better?

3. Healing wounds – I would like to think that my documentary "Briars In The Cotton Patch" had a part in healing my local community after years of hatred and misunderstanding over events that took place in a small Georgia community in the 1950s. There was so much bitterness and shame from those days that I had trouble getting people to discuss the events 40 years later! More than 600 people attended the local film premiere and you could hear a pin drop in some sections during the film. It was a time in history that many did not want to discuss or remember, but it was a chance to revisit those painful memories, reflect and allow old wounds to heal. Myself included.

4. Exposing war and violence – There are many examples of documentary filmmakers (and journalists) risking their lives to expose a wrongdoing or dangerous event. For example filmmaker Shaul Schwarz faced numerous life threatening situations while documenting the Mexican drug culture for the documentary NARCO CULTURA. Pamela Yates exposed atrocities against the indigenous Mayans in Guatemala for the documentary “When The Mountains Tremble”. Tragically, documentary filmmaker Tim Hetherington, who co-directed Academy nominated “Restrepo”, was killed in 2011 while covering the Lybian Civil War. These documentary filmmakers risk their lives to expose the horrors of war, systemic violence, corporate/government corruption, massive social upheavals and human rights injustices.

5. Protecting the innocent and giving a voice to the voiceless – This is perhaps the most noble of all the genres of documentary filmmaking: speaking for those who can’t speak for themselves; giving a voice to the most vulnerable in our society including children, the elderly, animals, the environment, the poor and disabled. The documentary “Not My Life” goes undercover to expose child trafficking and slavery. The BBC documentary ”Undercover Care: The Abuse Exposed” documents shocking abuses of mentally disabled adults in a care home. The 2013 documentary “Blackfish” casts a critical eye on the questionable treatment of Orcas in captivity.

6. Inspiring Innovation – By putting a spotlight on heroes such as social entrepreneurs and scientists who are dedicating their lives to improving the human condition, it serves as inspiration to us all to do more and be better. “The Stories of Change” documentary series from the Sundance Institute is one shining example. Documentary filmmaker Ondi Timoner’s “A Total Disruption” web series and documentary is a fascinating exploration of innovators and entrepreneurs using cutting-edge technology to transform our lives.

7. Delighting us with unique characters, stories and fresh perspectives – The human experience is vast and each of us has a unique story that reveals an element of truth about life on planet earth and the universe around us. So many lovely documentaries come rushing to mind such as “I Am”, “Baraka”, “Waiting For Sugar Man”, “Waste Land” and “Exit Through The Gift Shop”.

8. Exploring solutions to big problems – Climate change, poverty, education, campaign finance laws, corrupt governments, nuclear war, health care, domestic abuse… you name it, these difficult issues need the spotlight. And these are not easy issues to tackle as a filmmaker. It takes guts and courage to jump in and try to make sense of it all and create a story that will not only engage and entertain, but also inspire action. Filmmaking, GOOD filmmaking, is hard. (The talented documentary filmmakers make it look easy). Documentary filmmakers Michael Moore (“Fahrenheit 9/11” and “Sicko”) and Davis Guggenheim (“Waiting For Superman”) are great examples in this area.

9. So much time, so little glory – Making a documentary takes massive amounts of time and energy. Since most documentaries don’t make a profit, documentary filmmakers often pour their heart into a project never to reap any financial benefit.

10. Saving history - Preserving stories that may get lost or forgotten over time. Eventually we will be gone, but these documentaries will continue to give future generations a window into their past that might have not existed. (Thanks to filmmaker Michael Raab for this final tip!) 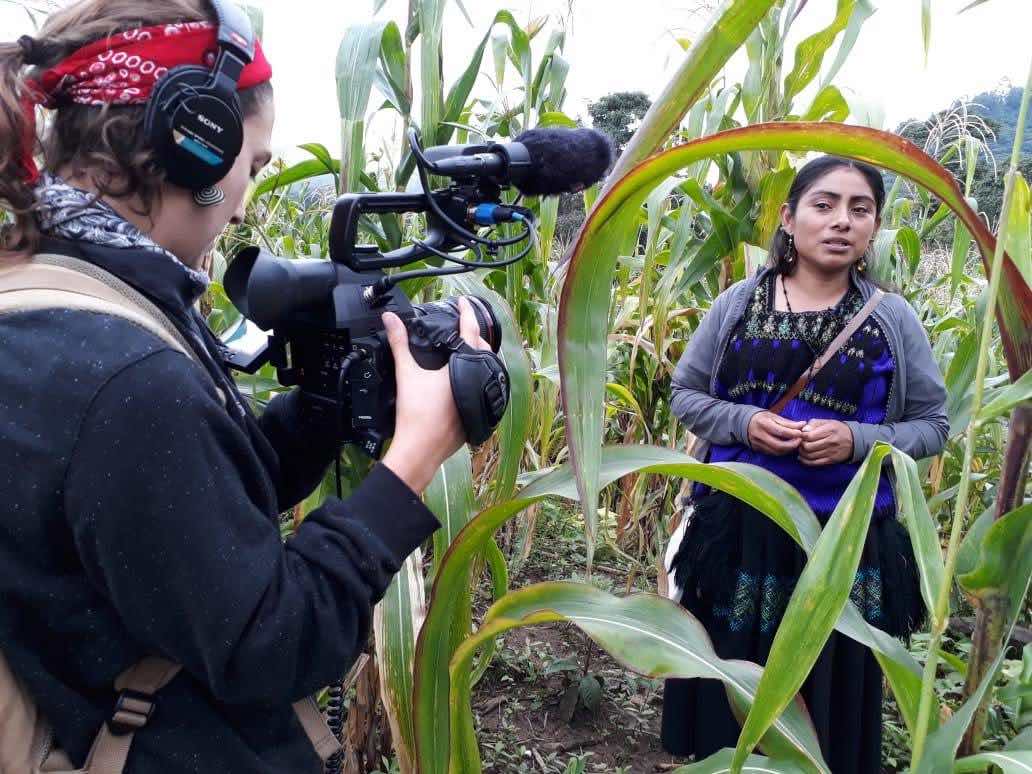 How To Help Documentary Filmmakers

One of the biggest challenges filmmakers face is finding funding.

The fundraising process is enough to deter the most passionate and talented filmmakers from telling these important stories.

Right now, click over to one of the crowd funding platforms like IndieGoGo.com, SeedAndSpark.com or KickStarter.com and browse the documentary projects.

Pick one that resonates with you and make a donation.

This not only helps your fellow filmmakers and gives back to the filmmaking community but gives you valuable insight into how a successful crowdfunding campaign works.

Are YOU a Documentary Filmmaker In Need Of Funding?
Here's An Exercise To Try:

Ask yourself these three questions:

1) What compelled you to donate to that particular documentary project (subject matter, the filmmaker team, the perks, the pitch video, all the above, something else?)

2) What's the "hook" or "log line" of the documentary you chose to support. What makes it compelling and memorable? 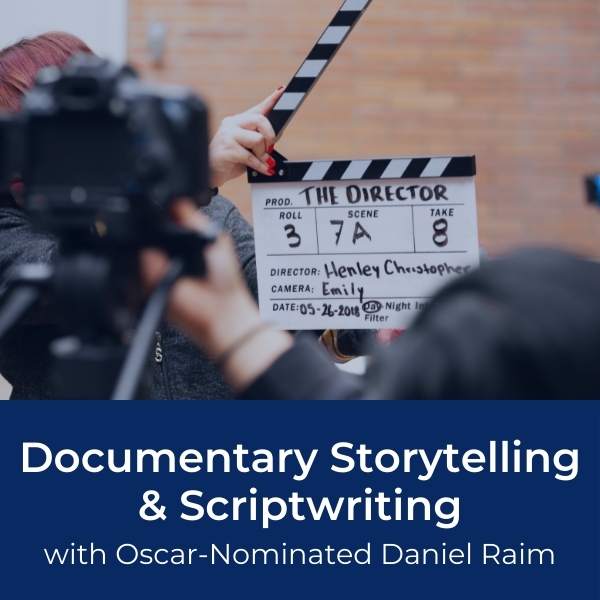