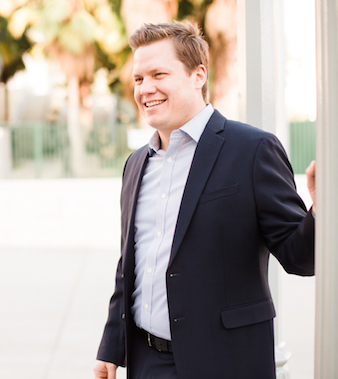 Jason Brubaker is a Hollywood based independent motion picture producer and an expert in internet movie distribution.

He is the publisher of FilmmakingStuff.com, a free professional resource for independent filmmakers. His articles on independent movie marketing, distribution and film production have been featured in The Independent and Movie Maker Magazine and has served as a guest panelist for the Sundance Film Festival.

We asked Jason to share a few tips and advice to documentary filmmakers about how best to distribute their films.

What is your #1 advice to documentary filmmakers who are in the beginning stages of their first documentary project? (If they get nothing else, they should remember this)

In the past, I might have recommended producing whatever story they're most passionate about. But affordable production technology coupled with non-discriminatory distribution has flooded the market with documentaries. So in order to make your documentary rise above the noise, my primary advice is to know which target audience is going to buy your film.

What do you see as the top mistake new filmmakers make regarding distribution?

Most filmmakers make their documentary without ever considering who will actually buy it. They start out with the assumption that their documentary is going to appeal to everybody on the planet. They enter the festivals and keep looking around for one of the big studios or TV networks to sweep in and buy the film.

While I understand the enthusiasm, there seems to be fewer and fewer great deals each year. So after festivals, many filmmakers find themselves ill-equipped to conduct their own marketing, sales and distribution.

I've read on your site where you recommend using an aggregator if you want to self-distribute your film.

I have worked for several distribution companies. Sometimes it makes sense to go with a traditional deal, self distribute or do a little of both in a hybrid deal.

If you decide to self-distribute or do a hybrid deal, then the only way to access popular marketplaces (iTunes, Google Play, VUDU and more) is through an aggregator.

This is because many of the popular platforms do not have a way to deal one-on-one with filmmakers. An aggregator serves as an intermediary to help facilitate these deals.

What types of services do aggregators offers to filmmakers? In other words, what's involved in getting a film on Netflix, iTunes, Google Play, etc.?

Getting content into popular marketplaces (iTunes, Amazon Prime, Google Play, VuDu and more...) is a rigorous and time intensive process. Depending on which aggregator you work with, the service may include the initial evaluation and platform pitch.

Then if your film is accepted to the platform, then the service most likely includes ingestion, encoding, quality control, review, delivery and accounting.

With all of this in mind, I would only suggest using an aggregator if you meet the following criteria:

1) You want to keep ownership of your documentary.

2) You have a promotional plan to make more money with your documentary on your own, than working with a distributor.

With the proliferation of so many films on the market right now, can documentaries actually make money these days? If so, have you noticed any commonalities of the documentaries that actually do generate a profit?

Documentary filmmakers who start with the end goal in mind typically do better than those who have a set it and forget it attitude. For example, how many units do you need to sell to break even? What is your strategy for getting your message in front of enough people to make this happen?

With many platforms, the more sales you get, the more you rise in rankings. This in-turn can help your film get discovered by more and more people.

What do you see as the most exciting trend in filmmaking right now?

Thanks in part to crowdfunding, I think more and more filmmakers are becoming marketers and entrepreneurs. The idea that you can develop, produce and distribute your films from literally anywhere with internet has changed the Hollywood landscape.

Documentary filmmakers can now easily get content in front of niche audiences without asking permission. This is an amazing time to make documentaries.

Jason Brubaker is a Hollywood based independent motion picture producer and an expert in internet movie distribution.

He is the publisher of FilmmakingStuff.com, a free professional resource for independent filmmakers, and the co-creator of the Film Business Plan Template.